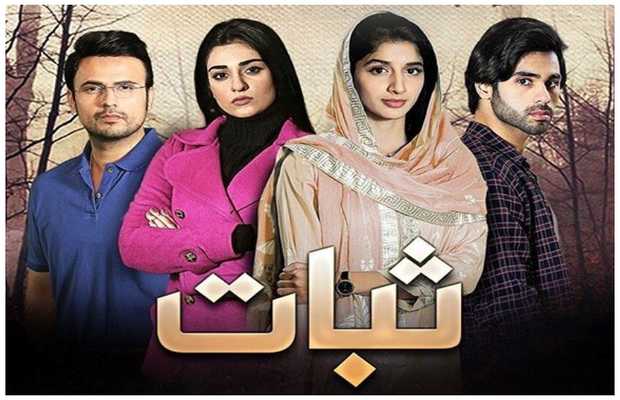 Sabaat the drama serial airing at HUM TV is one of our favourite Prime Time Watch, but now it seems that the play is missing something. Anyway, we are loving Anaya and Hassan’s cracking chemistry. The highlight of this episode is that Miraal slaps Anaya in front of all her colleagues. Mawra Hocane has given her the best of the performance in this episode.

Miraal’s company gets one of the biggest losses, they have lost NH13 tender to Yasir Qureshi’s company and now Miraal is trying to use this loss as an excuse to target Anaya. She clearly blames it on her. Anaya is so wise that she does not discuss anything about the office with Hassan. She is bearing all the pressure alone. It is very heartbreaking that Anaya is the one who used to carry a campaign for workplace harassment for girls in College and now she is being abused not by any man but someone of her own gender.

Well it seems that the makers of the drama have rightly sensed that they have been mistaken in creating a Doctor-Patient romance so they have windup the scenes to avoid backlash. Well, the editing of the scenes has created a lot of confusion in the storyline and we cannot get more about Haris and Miraal’s relationship and bonding. There are hardly few scenes of them together where they are always in a  brief meeting. We are curious to know that what attraction Dr. Haris finds in Miraal, I mean her character is not amicable, then why he falls for her? and we also want to know about the conversations they had in their sittings? Well the makers themselves have realized that showing them would not be appropriate.

It is shown that Dr. Haris has written a detailed email to Miraal in which he writes about referring her to three other psychiatrists, from which she can select anyone to her convenience and he says that he, now after some time wants to meet her in a personal capacity as a friend as she will no more be his patient.  But he does advise her to see one of the referred psychiatrists to make sure that her mental health is taken seriously.

Well, it seems that these sittings have not changed Miraal yet and her madness is touching new heights. She puts the whole blame of the company’s loss on Anaya and insults her badly when Anaya tries to raise her point, she slaps her so hard in front of all her colleagues. Anaya thinks of retaliation but then Hassan’s pleas echof in her head that for his mother’s sake never react on what Miraal says she stops herself and walks away. The girl who wants to stand against workplace harassment is herself being abused at her office by her lady boss. The way Anaya reacts is so natural, here Hassan’s love has become her weakness, not strength. Will Hassan take any stand for his wife?