Only Hassan is invited to Miraal's wedding. 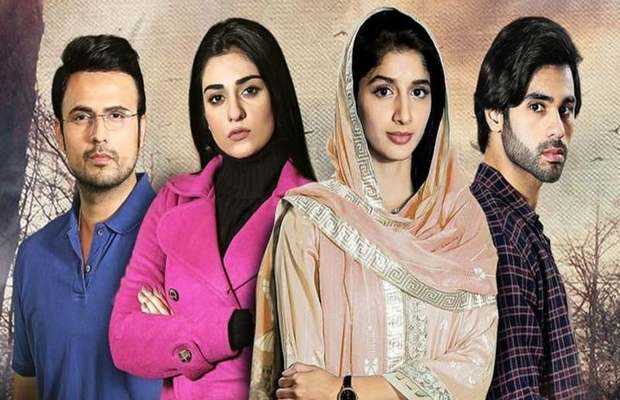 The drama serial Sabaat on HUM TV is one unique story, with its appealing narrative suggesting a difference of upbringing. The story seems to take an interesting turn with Miraal and Dr. Haris’s wedding. Performances are as usual brilliant. Mawra Hocane and Sarah Khan’s performances are their best ones so far. Kudos to the writer and director for coming up with such a unique storyline and crafted such interesting characters.

The episode begins when Miraal’s wedding preparations are in full swing and Miraal’s father is being very excited but her mother is sitting silently and idly at a corner, when her husband asks that why she is not participating in any preparation she says that Miraal does not need her on which Miraal’s father gets very rude with her, moreover he threatens her for divorce in his style. Miraal is exactly like her father cold, arrogant and proud.

Miraal’s father feels like it is very necessary to invite Hassan at Miraal’s wedding otherwise the world will get a lot of stuff for gossiping. Miraal bluntly says that she is not going to ruin her wedding by inviting Anaya but Hassan can come. Miraal also tells Hassan’s friend Atif about her Wedding and initially gives him the invitation card but then she shares with him that Hassan might come so if he sees him there he might figure out that Atif and Miraal are planning something together so it is better for him not to come. Atif returns back the card to her.

Hassan raises a very solid question when her mother tries to invite him for Miraal’s wedding and tells him that Anaya is not invited, her mother says that if he will not come people will raise questions and they will get enough gossiping material on which Hassan raises a valid point that if Anaya is not going to attend the wedding then the world is also going to talk about it. Hassan’s mother shares her helplessness with him on which Anaya very positively assures her mother in law that she should not to worry as she will make sure that Hassan will attend this wedding.

Miraal is the same rude and arrogant after getting married as well. She reacts to a joke that Dr. Haris has cracked with his friends at the wedding function and she overhears it. It has spoiled all her mood and she is now not ready to spare Haris. She is continuously throwing tantrums on him, when he suggests her to go on a honeymoon trip she simply refuses it by saying that she is in no mood.

Hassan joins his friend Atif’s office which happens to be his father’s rival Yasir Qureshi’s company. Poor Hassan has no choice but to join his office knowing that he is an old employee of his father and he was thrown because of corruption charges. It seems that Hassan joining his father’s rival’s company is going to affect his relationship with his father more adversely.