Zarsanga has wronged Zarghona in many ways 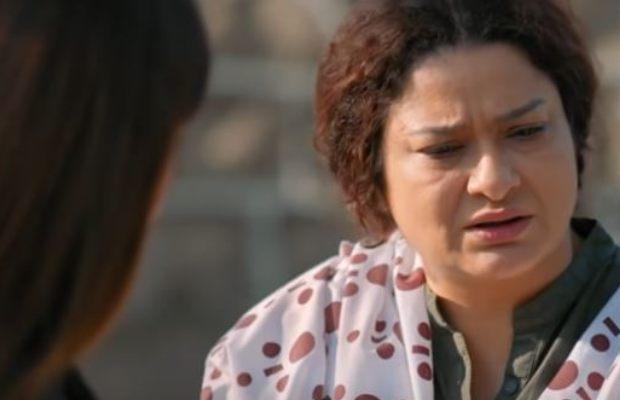 Hum TV drama serial Sang e Mah is 11 episodes down and the mystery has been unraveled to quite an extent. The ensemble cast has come up with brilliant performances. In the previous episode, we have seen that Zarghona frees Mastaan Singh after 20 years of slavery. In this episode, we see more of Zarghona’s back story and also her and Zarsanga’s relationship dynamics.

Well Sheharzade is back in Lesperaan. Zarghona has asked for Hikmat and Gulmeena’s wedding in good faith but Zarsanga thinks that Zarghona has done that as an act of revenge she wants Hikmat to kill Hilmand or vice versa. We get to know more about Zarsanga and Zarghona’s past and also about their relationship. Zarsanga has always wronged her sister and she is a partner in crime with Haaji Marjaan.

We come to know that there was once a weak and vulnerable Zarghona who used to get beaten by her first husband. We get to know that before Asadullah she was married to his elder brother who is Haji Marjaan’s Munshi. It is so hard to believe that Zarghona used to be a victim of domestic abuse and violence and that she has no child from her first husband. We are intrigued to know how come she fell in love with Asadullah, her ex-husband’s younger brother?

Zarsanga in the past has wronged her in many ways, she used to be so insensitive at her sister’s husband’s murder and also least bothered to help her sister to get justice for her husband, in fact, she told her that her late husband might have committed something bad. Zarsanga is a partner in crime with Haaji Marjaan in his jirga matters as she has her influence on him which she did not use to help her sister. She is so brutal that she even suggested her sister remarry her ex abusive husband on which Zarghona cut ties with her sister. Zarsanga is really being so mean but present Zarsanga is not that mean is it guilt that made her like that?

There is only one scene of Mastaan Singh and that is quite a powerful one. It seems that he is not going to marry Harshali and he is certainly not happy what is now stopping him to marry Harshali or from being happy? he is now a free man. The scene where Sabaz Khan’s mother gives a befitting lecture to the Jirga people is superb. The scene where Hikmat stops his father’s hand from slapping him is yet another powerful scene but I don’t know why Hilmand gets mad when he hears about this scene from Sabaaz Khan?

tweet
Share on FacebookShare on TwitterShare on PinterestShare on Reddit
Rameeza NasimMarch 23, 2022
the authorRameeza Nasim
Rameeza Nasim, a Paralian, passionate about poetry, drama and fiction. By giving drama critiques I feel like I am endorsing the writer's message to the audiences, I love my job. Being a critic responsibility lies on my shoulders to point out the flaws and shortcomings of the play be it on writer's , performers or director's end . I did my Masters in English Literature and Linguistics .
All posts byRameeza Nasim