Dr. Haider is now paying for his sins 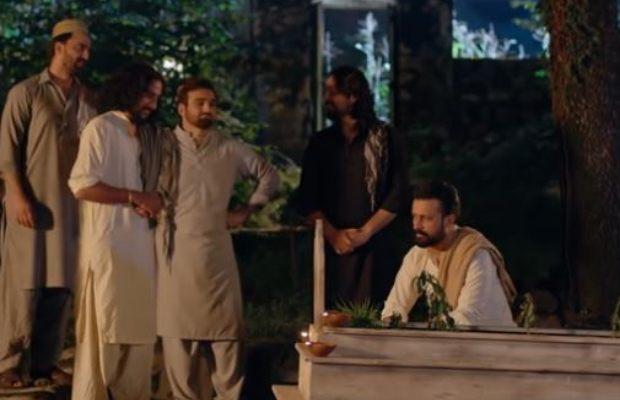 Sang e Mah the drama serial airing on Hum TV is one of our favorite drama serials these days with its intriguing characters and their super intriguing stories. In the previous episode, we have seen that Sheharzade is about to get justice for her. In this episode, Haaji makes sure that Sheharzade will get her justice but this whole track seems like a deviation from the main plot. We are more interested in Hilmand and Haaji’s tracks.

The episode begins with Dr. Haider’s house scene where Dr. Haider is shocked to see Haaji and Sheharzade at his place. Dr. Haider’s reaction is all making sense but then all of a sudden the conscience awakening of Dr. Haider’s mother and then her thinking of punishing his son is not making any sense at all. When she already knows what he had done with Sheharzade and she deliberately told Sheharzade to keep quiet taking advantage of her vulnerability.

Now all of a sudden Dr. Haider’s mother goes against her own son when he tries to swear upon his daughter she steps in and starts validating what Sheharzade is accusing Haider of. Dr. Haider is now going to pay for his sins, his wife who is the owner of his house and hospital divorces him and disowns him from her hospital affairs. Well that hospital notice and public shaming him is quite a stretch. We see sister Martha smiling it seems that she also had been a victim of him.

Hilmand has fled from Martha’s house. He is back in Lesperiaan at his father’s grave. It seems that he has deliberately done that to avoid Sheharzade maybe he is angry with her or he has felt betrayed when he hears that she has gone to the doctor’s house with Haaji. Haaji is not ready to believe poor Hikmat even when he has sworn on the Holy Book but later he believes him when he sees tears in his eyes that scene of the father-son duo is very powerful.

Mastaan Singh is caught lying with Zarghona! Well, I thought of Mastaan Singh as an upright honest person but his character has somewhat disappointed us why does he have to lie with Zarghona about his attempt at the murder? why does he not accept this as a true man? Hilmand is, fortunately, alive then there is no need to hide his doing also Zarghona is suggesting ways to defend him and she has promised to save him from this mess even on Mastaan Singh’s lying makes him a very small man, it has tarnished his image set as a great man of honor.

tweet
Share on FacebookShare on TwitterShare on PinterestShare on Reddit
Rameeza NasimMay 9, 2022
the authorRameeza Nasim
Rameeza Nasim, a Paralian, passionate about poetry, drama and fiction. By giving drama critiques I feel like I am endorsing the writer's message to the audiences, I love my job. Being a critic responsibility lies on my shoulders to point out the flaws and shortcomings of the play be it on writer's , performers or director's end . I did my Masters in English Literature and Linguistics .
All posts byRameeza Nasim