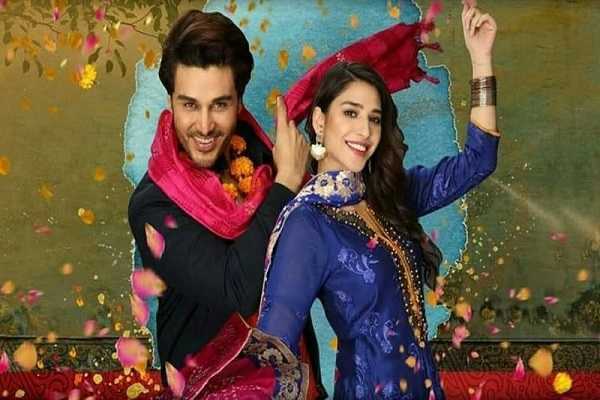 Shahrukh ki Saliyan the comedy serial running on GEO Entertainment is one of our most favourite comedy serials. Penned down by veteran humor writer Dr. Muhammad Younis Butt, the play is full hilarious one-liners and punch lines and moreover characters of the play are so artfully crafted that those hilarious characters seem believable too, you can easily relate those characters especially when you see Dildaar’s mother you will feel like you have met this character in real life so unarguably Shahrukh ki Saaliyan is the best comedy serial in the running.

The episode begins when Shahrukh and girls realize that they have mistakenly given Dildaar real poison pills and they are feeling helpless as they are not able to connect with Dildaar nor his mother is taking their calls. Dildaar writes a letter and gulps the real poison pills in the washroom and gets fainted. Shahrukh brings an ambulance on time and saves Dildaar.

Dildaar survives that fatal attempt of suicide which Dildaar feels like he has eaten sleeping pills but he does not know that he has eaten real poison. Dildaar’s mother is super worried about him. The way she says “Mai eski Moom hoon” seems so hilarious. For the very first time, Dildaar’s father speaks up for Dildaar saying that all this happens because of Dildaar’s mother. Dildaar’s mother finally accepts Katie and agrees for making her Dildaar’s bride.

Glucose on the other hand is extremely sad over how Mickey is treating her, he calls her mother and tells her that there is no good news for her and also that Mickey is getting married and she hates him on which her mother advised him to be like a hero and not a villain. Mickey’s words are echoing in his head and he clearly tells himself that he is not a coward. He goes to Mickey and tells her too that he is not a coward. She asks him to tell his father that he has to stop MD and her wedding on which Glucose gets nervous.

Nigaar is again getting on the verge of selecting between Mustaan or Abubakar as Abubakar is back into the scene again. Sir Abbas is still playing that drama and now his boss knows his reality but the rest of the office still knows him as Sir Abbas. Sir Abbas has not shared his truth with Nigaar. Abubakar is being really very sweet with Nigaar and she goes with him on a drive too and the way Abubakar is trying to protect Nigaar in a fight is really very sweet. It seems that finally Shahrukh’s Saliyan are going to get married soon.

tweet
Share on FacebookShare on TwitterShare on PinterestShare on Reddit
Rameeza NasimDecember 30, 2019
the authorRameeza Nasim
Rameeza Nasim, a Paralian, passionate about poetry, drama and fiction. By giving drama critiques I feel like I am endorsing the writer's message to the audiences, I love my job. Being a critic responsibility lies on my shoulders to point out the flaws and shortcomings of the play be it on writer's , performers or director's end . I did my Masters in English Literature and Linguistics .
All posts byRameeza Nasim