Tum Ho Wajah Ep-16 Review: Chanda has lost her baby along with her hopes

Well, the play is all about shifting the burden of blame on other's shoulder. 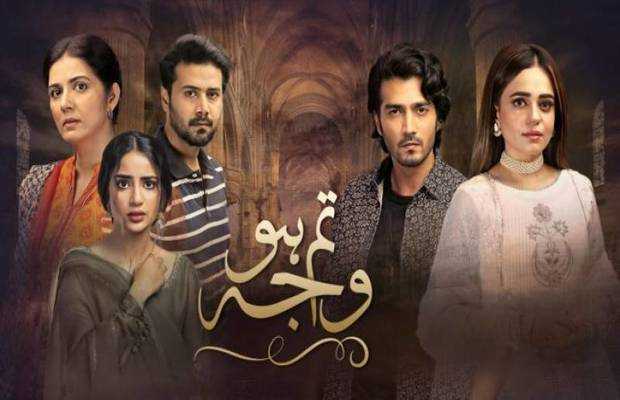 Tum Ho Wajah the drama serial running at HUM TV is losing our interest in terms of story knitting. Performances are on point, Savaira Nadeem, Sumbul Iqbal, Ali Abbas have given their best performances in this episode. this episode in particular highlights Sumbul Iqbal, her performance is simply outstanding. Chanda has lost her baby and as well her hopes for her married life and one of the strangest parts is that Shahab who himself is the culprit, is blaming Chanda for losing their child. Well, the play is all about shifting the burden of blame on other’s shoulders.

The opening scene is when Shahab is clearly shown dragging and pushing her pregnant wife down the stairs in a fit of anger, he accidentally pushes her so hard that she fell down the stairs and ends up being in the hospital where later we get to know that she has lost her baby. Well here it was clearly Shahab’s fault, he is the culprit, it is clear because of his anger and arrogance that they have lost their child so why instead of feeling ashamed he tries to shift the burden of blame on his wife.

As this play’s title suggests “Tum Ho Wajah” is all about blaming others so supposedly the hero of the drama who can be anything but a hero blames his wife for losing his child when he clearly knows that it is him who has pushed her down the stairs in a fit of anger. Well to add more fuel to the fire Shahab’s cunning mother feeds his mind against Chanda saying that this happened only because of her ego, she used to create scenes, and she has stopped taking medicines and used to be very careless. It has maddened Shahab so much so that he leaves Chanda at the hospital.

Chanda’s world turns upside down when she knows that she has lost her baby moreover she gets shocked to see that Shahab is not there for her at her side but his vile mother is there to haunt her. That pathetic woman starts blaming Chanda for losing her child and for everything and she tells her that Shahab has parted his ways with her and moreover her marriage life is over. Well, it seems that poor Chanda has got enough punishment for her arrogance.

Danish is going to Dubai and Sitara is upset about that, he is holding Sitara’s hand when Sitara’s bhabi enters the house and she sees this. Babar and his wife go at chachu’s place to seek some financial help when Babar sees Chanda at his house in a helpless state, his blood starts boiling and he throws him out of the house not having any mercy on her helplessness. He is not realizing that he has almost committed a similar kind of mistake but now why he is not ready to forgive his sister? Chachu tells Chanda to be strong and face her in-laws bravely. She has no choice but to go back to Shahab’s house where he behaves so hysterically, attacks her, wants to kill her. He is about to divorce her but Chanda stops him. Will Chanda be able to fight for herself?

tweet
Share on FacebookShare on TwitterShare on PinterestShare on Reddit
Rameeza NasimAugust 24, 2020
the authorRameeza Nasim
Rameeza Nasim, a Paralian, passionate about poetry, drama and fiction. By giving drama critiques I feel like I am endorsing the writer's message to the audiences, I love my job. Being a critic responsibility lies on my shoulders to point out the flaws and shortcomings of the play be it on writer's , performers or director's end . I did my Masters in English Literature and Linguistics .
All posts byRameeza Nasim