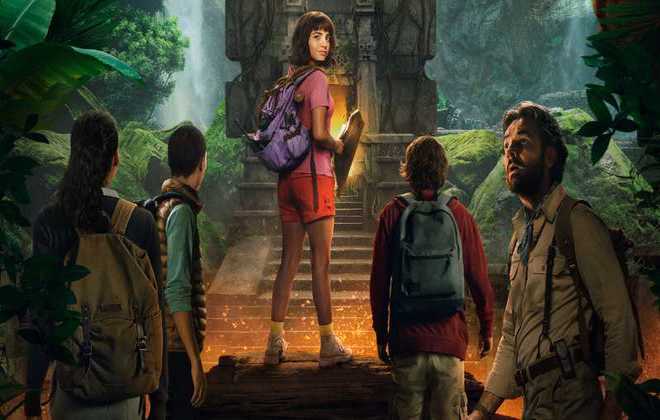 Isabela Moner is all set to embark on a new journey with monkey bestie Boots as Paramount Pictures release the first trailer for upcoming ‘Dora and the Lost City of Gold’.

The live-action film is based on the world famous Nickelodeon animated series, Dora the Explorer. Which has Eva Longoria, Michael Peña, and Isabela Moner in the title role.

As Dora the Explorer says in every episode of the cartoon, “Come on, vámonos!!”, in this newly released trailer, she is all prepared to leap in for a new adventure.

This time the most challenging one, as she heads on with her friends and a rag-tag group of teens to save her parents and solve the mystery behind a lost city of gold.

The screenplay is written by Nicholas Stoller and Matthew Robinson, from a story by Tom Wheeler, being directed by James Bobin, with Julia Pistor, John G. Scottiserving, and Derbez serving as executive producers.

Dora and the Lost City of Gold is slated for August 2nd release.