Dum Mastam: Here is all you need to know about upcoming Imran Ashraf starrer 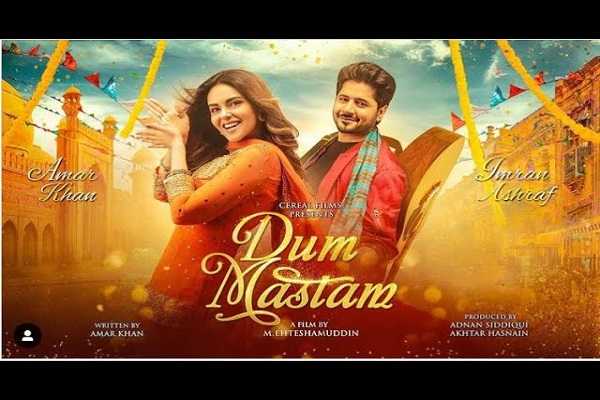 The news of the reopening of cinemas adds a new wave of excitement in the film industry as well as the audiences who are eagerly waiting for films releases. Imran Ashraf and Amar Khan starrer Dum Mastam is one of the highly anticipated upcoming films. Director of the film Mohammed Ehteshamuddin recently took to Instagram to introduce the team behind this project.

Mohammed Ehteshamuddin shared his excitement through his Instagram stories, the director writes, “Super excited and extremely happy to present the first look poster of my second feature film Dum Mastam.”

The director also expressed his gratitude, “Team Dum Mastam who have been associated with this film from day one till date. You guys are the best!”

He further wrote, “I super appreciate each one of you and without you, this project would not have been possible.” 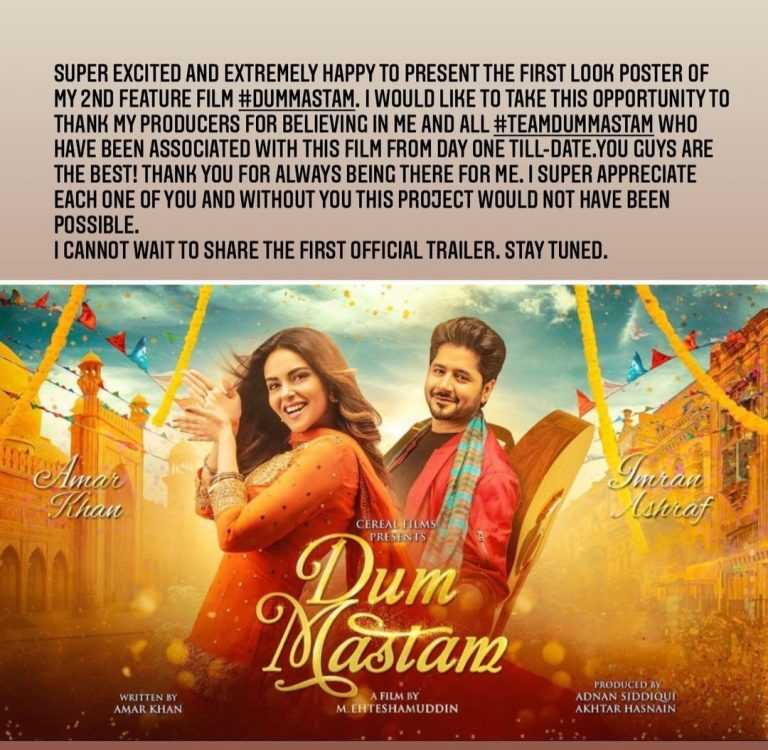 Well, we already knew the lead cast of the flick through Hum Style Awards Poster reveal, it has Imran Ashraf and Amar Khan. It is also revealed that Adnan Siddiqui is producing the film. However, what we don’t know was the exciting list of Cameos lined up in the flick. From Wajahat Rauf to vocal powerhouse Rahat Fateh Ali Khan to social media personalities Arsalan Naseer and Taimoor Salahuddin, are all set to make guest appearances in the movie.

The musicians working on the movie soundtrack are incredibly promising including Shiraz Uppal, Azaan Sami Khan, and Bilal Saeed working together. Choreographing the dance numbers for the Dum Mustam is Nigah Jee who has worked with some of the biggest stars in the industry including Mahira Khan.

This makes us so excited for the release of the film, hope it gets released soon.

tweet
Share on FacebookShare on TwitterShare on PinterestShare on Reddit
Rameeza NasimJuly 13, 2021
the authorRameeza Nasim
Rameeza Nasim, a Paralian, passionate about poetry, drama and fiction. By giving drama critiques I feel like I am endorsing the writer's message to the audiences, I love my job. Being a critic responsibility lies on my shoulders to point out the flaws and shortcomings of the play be it on writer's , performers or director's end . I did my Masters in English Literature and Linguistics .
All posts byRameeza Nasim