First trailer for ‘Spider-Man: Far From Home’ is out!

Spider-Man will swing into theaters on July 5th, 2019 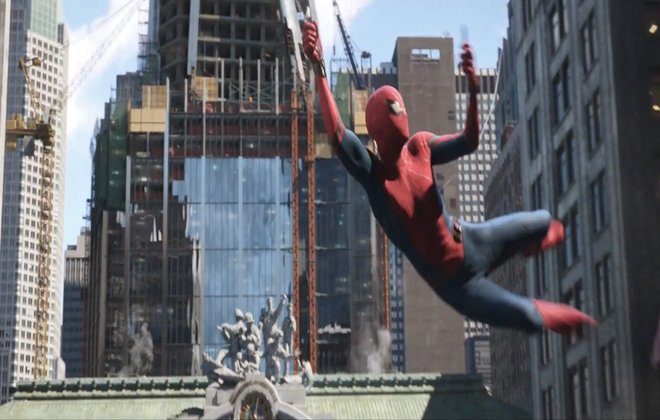 The first trailer of the much-anticipated film Spider-Man: Far From Home has been released by the filmmakers. It features the latest adventures of Peter Parker as he and his classmates head off for an overseas school trip. As the names suggest, Spider-Man will be seen in action in London!

According to the official synopsis:
Peter Parker returns in Spider-Man: Far From Home, the next chapter of the Spider-Man: Homecoming series! Our friendly neighborhood Super Hero decides to join his best friends Ned, MJ, and the rest of the gang on a European vacation. However, Peter’s plan to leave super heroics behind for a few weeks is quickly scrapped when he begrudgingly agrees to help Nick Fury uncover the mystery of several elemental creature attacks, creating havoc across the continent!

As soon as the trailer has landed, Spider-Man fans are obsessed with it!

GUYS!! spider-man is well known and LOVED by the community and is out here doing charity work supported by Aunt May PLEASE this is so important and so cute pic.twitter.com/gAVPE0Bc20

Me: I'm not THAT bothered about the Marvel movies any more.

Me trying to figure out if the Spider-Man trailer is just trying to throw us all off for Endgame #SpiderManFarFromHome pic.twitter.com/cyIqydlOo5