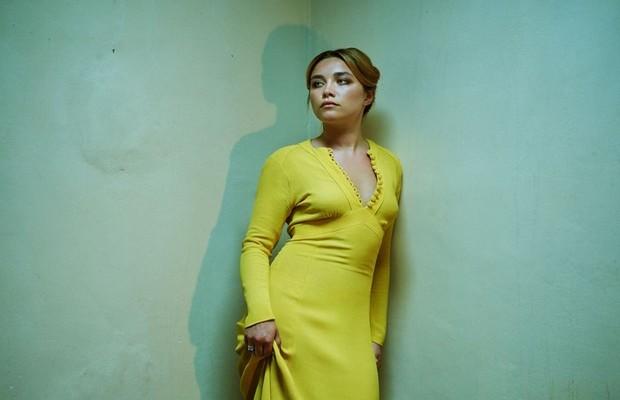 Like most of the MCU fans, we too are patiently (or not so) waiting for the next Avengers movie Black Widow starring Scarlett Johansson as Natasha Romanoff. But looks like we aren’t the only ones holding our breaths, the cast associated with the project is pretty much the same amount of overwhelmed.

Florence Pugh who’ll be playing Yelena Belova in the Black Widow movie just completed her shooting spell. The star then took it to Instagram to bid farewell to the movie in a heartfelt post.

“5 months of high kicks, wicked hair, picking David’s [Harbour] nose, stunning locations and an unbelievable amount of beautiful talented people working tirelessly everyday to make it the very best it can be,” wrote Florence in the caption of a picture showing her hand donning a striking ‘YB’ ring.

“And, of course, the joy of watching THE Black Widow herself was perfect and absolutely magical. Thank you,” she concluded.

The YB ring definitely attributes to Florence’s character Yelena Belova and seeing the starlet’s emotional attachment to the character, our expectations grew manifolds.

Earlier at Comic-Con 2019 as well, Florence had shared her excitement to be part of Black Widow – set to hit theaters on May 1, 2020.

“It was a script that I didn’t expect to be associated with this, and that’s part of why I got so excited. And with Cate Shortland attached and telling the next part of Natasha’s history was only thrilling to be a part of,” Florence had said.