There are no details about the plot available yet. 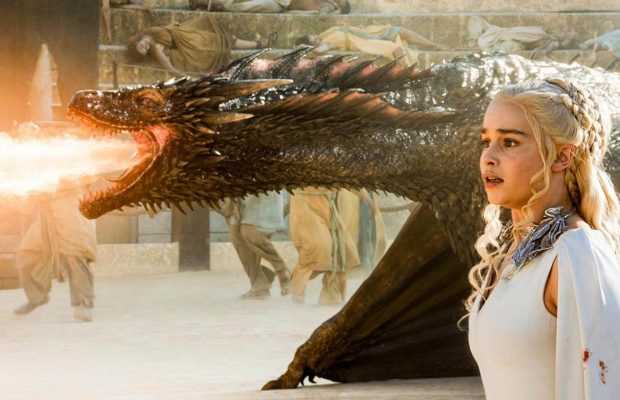 An animated series based on the epic Game Of Thrones is in the very early development stages at HBO Max.

According to The Hollywood Reporter, meetings with the writers are already underway, although no agreements have yet been reached.

There are no details available about the project. What is going to be the focal point, nothing is known yet.

A week ago, a series based on George R.R. Martin’s Tales Of Dunk And Egg in works at HBO was announced.

HBO is currently prepping the Game Of Thrones live-action prequel series House Of The Dragon.

The live-action series is slated to debut in 2022.

‘Game of Thrones’ spinoff set roughly 150 years before the events of the show.

It is shaping up to lead right into the Dance of the Dragons — The Targaryen Civil War. It is based specifically on Martin’s novel Fire & Blood, which tells the history of House Targaryen.

So that makes a total of 3 different series in making associated with the fantasy saga Game Of Thrones.

It will be interesting to see if they can score the same ratings and fan appreciation similar to the original series.

tweet
Share on FacebookShare on TwitterShare on PinterestShare on Reddit
Saman SiddiquiJanuary 30, 2021
the authorSaman Siddiqui
Saman Siddiqui, A freelance journalist with a Master’s Degree in Mass Communication and MS in Peace and Conflict Studies. Associated with the media industry since 2006. Experience in various capacities including Program Host, Researcher, News Producer, Documentary Making, Voice Over, Content Writing Copy Editing, and Blogging, and currently associated with OyeYeah since 2018, working as an Editor.
All posts bySaman Siddiqui