The TikTok star can be seen dancing with MPA of Pakistan Muslim League-Nawaz, Muhammad Ameen 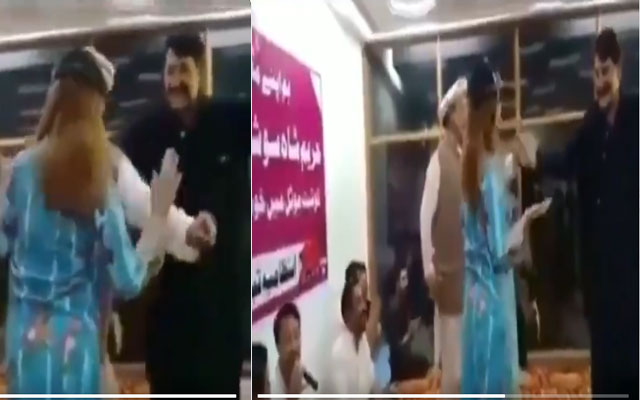 The controversy queen, Hareem Shah made headlines once again for all the wrong reasons!

In a video surfaced on the internet, the TikTok star can be seen dancing with an MPA of Pakistan Muslim League-Nawaz (PML-N) from Gilgit-Baltistan at a private hotel on Tuesday.

The video in which Hareem can be seen dancing with PML-N MPA Muhammad Ameen has gone viral on social media.

Recently, the TikTok star attracted a lot of controversies when she made a video during a visit to the foreign ministry.

Netizens have criticized Hareem Shah for arranging and attending dance parties. The video also shows a banner of her name written over it.

Earlier, Hareem’s videos with Pakistan Tehreek-e-Insaf (PTI) MPA Fayyaz ul Hasan Chohan have also gone viral when she made it.