List of Pakistani showbiz stars with most number of followers revealed 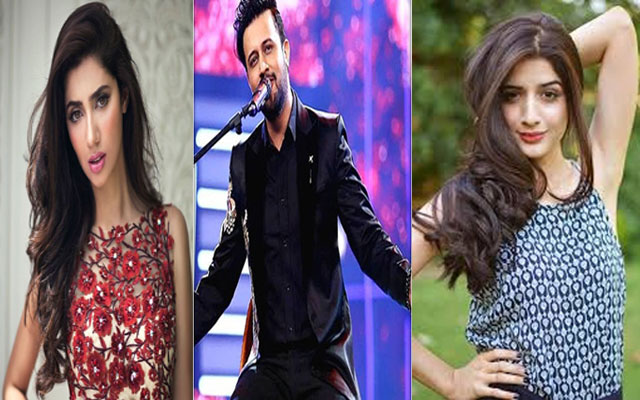 List of Pakistani celebrities who were most followed by the fans on Instagram in 2019 - OyeYeah News
2Shares
1.11KViews

While Pakistani showbiz stars are winning fans’ hearts by their work, they are not far behind in the use of social media to inform their fans about their daily lives, upcoming projects, and many other engagements. The admiration of showbiz stars from their fans can be easily judged from their social media handles, which have a huge fan following not only in Pakistan but across the world.

The Pakistani celebrities who were most followed by the fans on Instagram in 2019 are:

The Hamsafar star and Pakistan’s leading artist Mahira Khan is Pakistan’s most-followed Instagram personality. The Bin Roye actor has over 5.3 million followers on her Instagram handle. Although she wasn’t active on Instagram for a long time until now, she still bagged the most followers in a short span of time.

Actress Aiman Khan is the second in queue among the most followed stars. The Ishq Tamasha actress has bagged above5.1 million followers on Instagram. Earlier, Aiman Khan has claimed herself that her social handle has helped her a lot in her professional career.

Actress Mawra is among the third most followed showbiz celebrity on Instagram. The Sammi star has more than 4.9 million fans following on her social media account. Mawra also used her social media handle to advertise her clothing brand ‘UrwaXMawra.’

Pakistan’s heartthrob and leading singer Atif Aslam garnered the fourth rank among the most followed stars on Instagram. The singer is not much active as various stars on his Instagram. Atif uses his social media for making announcements. Like an iconic singer, he seemed a wonderful husband to his wife as his most posts are related to expressing love to his wife, Sara Bharwana.

Ayeza Khan, who is doing a powerful role in drama serial Meray Paas Tum Ho, has an amazing count of fans and followers on Instagram. She has currently more than 4.6 million fans on her social media where she shares posts related to her projects and her family and friends on showbiz.