The King will be available on the streaming site from November 1st, 2019. 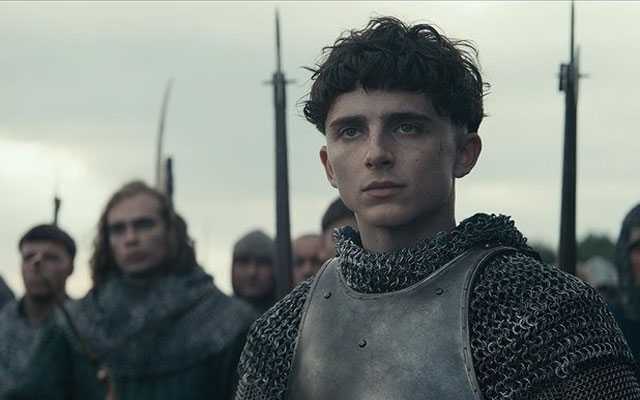 The popular streaming website ‘Netflix’ has just dropped the final trailer for The King. The latest historical epic is the adaptation from William Shakespeare’s Henriad (aka. The Bard’s famous collection of plays about Richard II, Henry IV, and Henry V).

The historical thriller stars Chalamet as young Prince Hal portraying Kingly authority in small intimate spaces as well as the grand battle scenes. Chalamet was the Oscar nominee in 2018.

Robert Pattinson, who plays the role of Dauphin of France (a fancy way of saying heir to the throne), is also serving looks with his sweeping locks and French accent. In the trailer, he can be seen doing his perfect performance.

This year, two of the films of Pattinson have been released so far as he impressed with offerings like High Life and The Lighthouse, and is looking to be a major contender for acting categories come award season.

The King will be available for streaming on Netflix on November 1st, 2019, it has been showing in selected theaters across the U.S. for the past couple weeks.