The series will feature actors from Turkey and Pakistan. 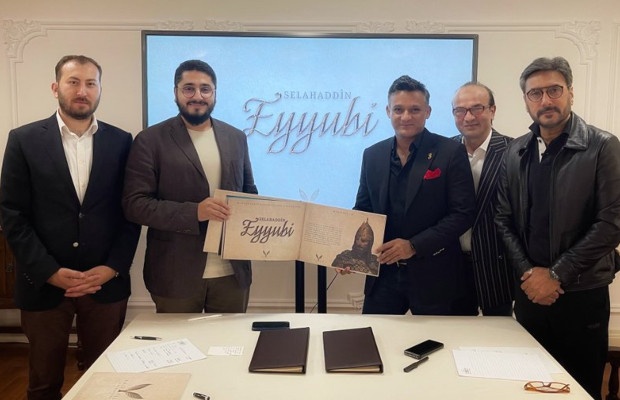 A series based on Sultan Salahuddin Ayyubi!

Pakistan and Turkey have announced plans to co-produce a television series based on the life of Sultan Salahuddin al-Ayyubi.

The series will feature actors from Turkey and Pakistan, and will be shot in Turkey, and is planned to have three seasons.

Konuk said he was happy to realise the project, despite being aware of the difficulty in portraying “this great person who left his mark in history and all over the world.”

“A happy news on a blessed Friday night! Contract signed between Akli Films and Ansari&Shah Films about ‘Sultan Selahaddin Ayyubi’. May this international project, which will be prepared with the cooperation of Turkey and Pakistan, be beneficial to our country and our art world,” he tweeted.

Salahuddin al-Ayyubi, popularly known in the West as Saladin, is the son and successor of Sultan Imad ad-Din Zengi of Mosul, who led the wars against the crusaders.

Sultan of Egypt, Syria, Yemen, and Palestine, founder of the Ayyubid dynasty, is one of the most famous Muslim heroes. He defeated the crusaders and recaptured Jerusalem in 1187.