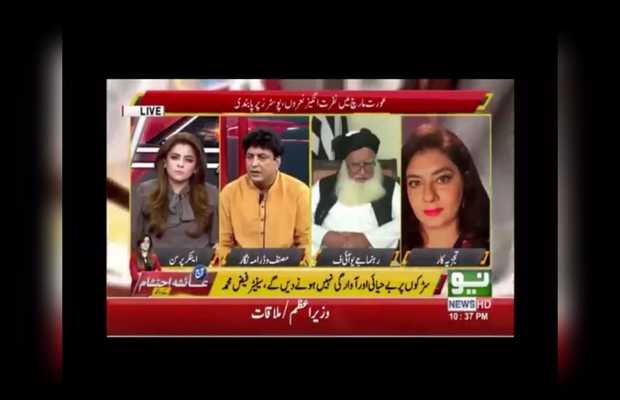 The Pakistan Electronic Media Regulatory Authority (Pemra) has slapped a fine of Rs500,000 on Neo News for violating its law and codes by airing abusive and misogynistic remarks by writer-director Khalilur Rehman Qamar in its programme aired on March 4th, 2020.

According to the Pemra order, the channel violated the directives issued by Pemra, a judgment of the Supreme Court and the editorial board of the TV channel, if available, failed to perform its duty properly.

Pemra’s complaints council noted that Rehman’s comments were “abusive and gender-biased” and that the channel by airing his remarks violated the Constitution, provisions of the Pemra Ordinance, 2002, and its Electronic Media Code of Conduct, 2015.

Pemra in the order said that the channel failed to observe an effective delay mechanism. Moreover, “the host of the programme could have employed various other methods to control the situation which did not opt at that time.”

The council recommended that a fine of Rs1m be imposed which was after review, reduced to 0.5m on the channel and a warning is issued to it to prevent similar incidents in the future.

Afterward, the matter was taken up by the Council of Complaints in its meeting on July 9, the complainants pointed to three objectionable aspects of Rehman’s comments, saying his remarks were abusive, “targeted a specific gender” and fell in the domain of hate speech.

While making an appearance at a talk show on Neo News on March 4 ahead of the Aurat March that was scheduled to be held on March 8, Khalilur Rehman Qamar had used abusive and misogynistic language against activist Marvi Sirmed who was another participant of the live show.

tweet
Share on FacebookShare on TwitterShare on PinterestShare on Reddit
Saman SiddiquiAugust 21, 2020
the authorSaman Siddiqui
Saman Siddiqui, A freelance journalist with a Master’s Degree in Mass Communication and MS in Peace and Conflict Studies. Associated with the media industry since 2006. Experience in various capacities including Program Host, Researcher, News Producer, Documentary Making, Voice Over, Content Writing Copy Editing, and Blogging, and currently associated with OyeYeah since 2018, working as an Editor.
All posts bySaman Siddiqui