The documentary was initially slated to be released on December 18. 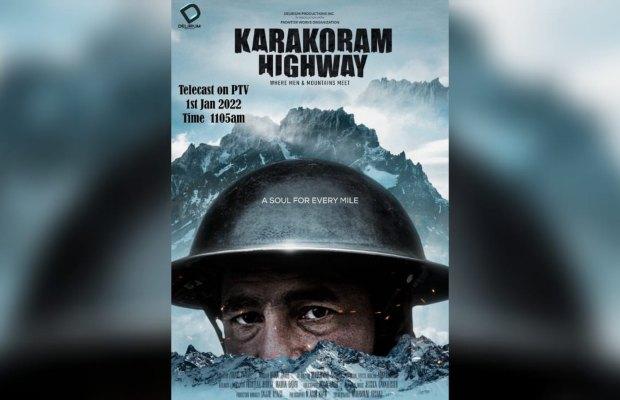 PTV has set Jan 1, 2022, to telecast the special documentary on Karakoram Highway!

Titled Where Men and Mountains Meet is a documentary meant to “honour and recall the historical predicament” of constructing the Karakoram Highway.

Federal Minister for Information Fawad Chaudhry took to Twitter to announce the telecast of Karakoram Highway.

The documentary made by Delirium Productions in association with the Frontier Works Organisation was initially slated to be released on December 18.

“Karakoram Highway (KKH) — a 1300km long highway — [is] a mammoth project which is often regarded as the 8th wonder of the world. It is the emblem of Pak-China friendship, also known as the ‘Friendship Highway’,” the Facebook post read.

“This herculean task witnessed numerous sacrifices, so much so that a famous proverb ‘a life lost every kilometre of the road’ came into being.

“KKH is the dream project of [the] nation, achieved through sacrifices rendered by 813 Pakistanis embracing martyrdom during the manifestation phase. These martyrs include 567 military and 246 civilians. 982 Pakistanis also suffered major injuries during the process.

“To honour and recall the historical predicament, the documentary film Where Men and Mountains Meet has been produced to showcase [the] construction and completion of the project. The KKH documentary is testament to [the] unprecedented sacrifices by FWO in particular, and [the] Pakistani nation in general.”