When one searches on Google for ‘Rashid Khan’s wife’, the result shows up as Anushka’s name 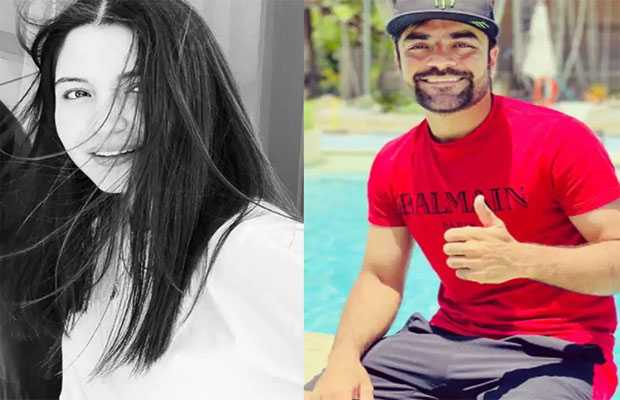 Bollywood star Anushka Sharma’s fans are confused over a weird new development. The story is a bit strange but is actually true that if you search for Afghan cricketer Rashid Khan’s wife on Google, Anushka’s name will appear.

The big confusion originated on a Google search bar. When one searches on Google for ‘Rashid Khan’s wife’, the result shows up as Anushka’s name and pictures. Confusing as it is, there is a reason behind it all. 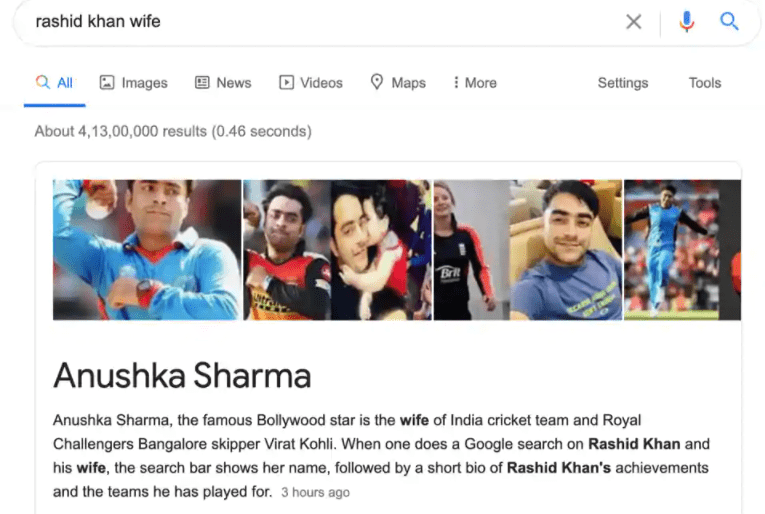 Few media reports highlighted that the Afghan cricketer, Rashid was recently asked in an Instagram QnA session to name his favourite female actors. The cricketer said he loved to watch Anushka and Priety Zinta. The error occurred due to the repeated mention by fans of the two stars shipping them together. Fans mentions all over the internet might have caused the Google search engine to goof up.

The Bollywood actress is married to Indian cricket star, Virat Kohli. The couple is also expecting their first baby together.

On the other hand,  Rashid Khan is currently on the discussion and had earlier claimed that he will “get engaged and married once Afghanistan wins the cricket World Cup”.