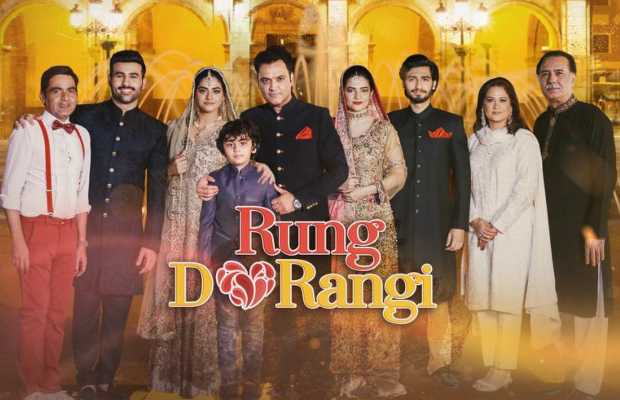 Once again, Yasir Akhtar is back with a brand-new film called Rung DoRangi. The project is a rom-com, set in an invigorating location of a farmhouse. The story revolves around a single father and his son, whose peaceful lives are suddenly made exciting by an unexpected guest – the lead female character.

Since the beginning of his career, Yasir Akhtar has been involved in a variety of productions. From music to films, Yasir Akhtar  has been a trendsetter in the media industry. He started his career as a child artist in a tv commercial and then went on to launch the band The Arid Zone as a teenage vocalist. Some of his most famous songs include Kabhi Tu Hoga Mera Milan, Chandni, Jogi, Zara Man ko Dekhna, My Love, Aey Sanam, Sansani, Take it Easy, Saiyaan – to name a few.

Yasir then carried on making his mark as a director and producer at the young age of 19 with Pakistan’s first-ever pop chart show Music Channel Charts. His key projects include French Toast, Mera Ghar Aik Whirlpool, Jayen Kahan Armaan and Sard Aag and countless ventures.

Since the beginning of the pandemic, Yasir has been releasing multicultural films on television. Last year, Yasir Akhtar’s film ‘Azaad’, was filmed in London and released last. The film has been very well received. This year, Yasir is releasing two new films ‘Rung Dorangi’ and ‘Mujh Ko Pata Hai’. 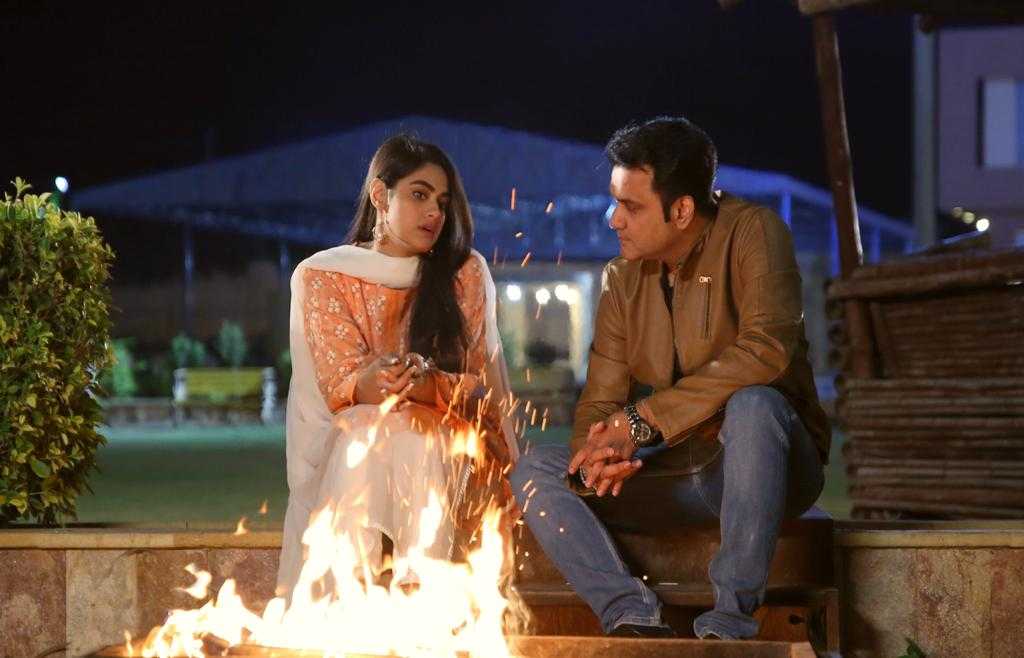 We had the opportunity to talk to Yasir Akhtar about his next film Run DoRangi and here is what he had to share.

1. Tell us about your new film Rung DoRangi which is ready for release soon.

A-Rung DoRangi is an emotional rollercoaster ride of laughter, romance and fun. There are major twists and turns, but all written and performed with humour. We have filmed it in the surrounding areas of Karachi, and the locations will leave you feeling refreshed. Rung DoRangi will take you back to the time when things were simple yet equally modern and satisfying to your soul. Hamza (Yasir Akhtar) and Umar (Shees Sajjad Gul) are living in a farmhouse away from the city. Hamza is a single parent whose wife passed away in an accident. The plot takes interesting turn when Ayesha (Namra Shahid) runs away from her wedding because her mother Sakina (Humera Bano) forces Ayesha to marry her landlord brother’s son (Faizan Shaikh). Ayesha escapes on the marriage day. Ayesha’s best friend Sadia (Palwashay Yahya) takes her to the farmhouse where Hamza and Umar lives. A series of incidents occur when Ayesha starts living at the farmhouse with Hamza, Umar and their helper Makkhan (Irfan Motiwala). The film brings surprising elements when the characters of Safdar (Hasham Khan) and Jibran (Tabrez Ali) enters. 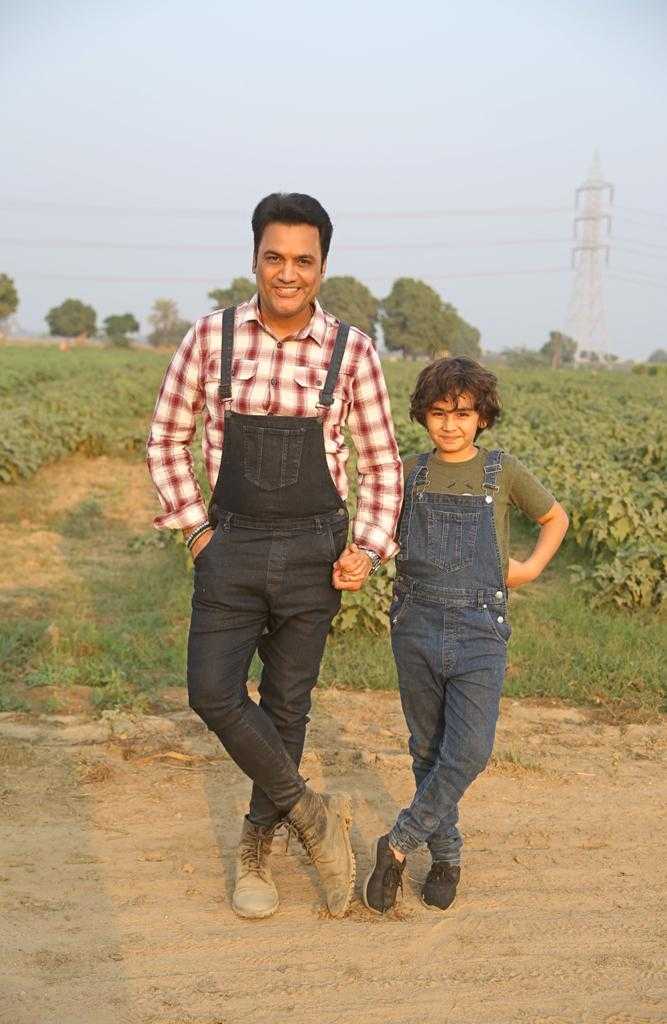 2 – And who wrote the script Rung Dorangi

A – I shared the plot with Dureen Anwer in London and we developed the story together. I was looking for a writer to pen down the dialogues. The veteran actress Parveen Akbar introduced me to the extremely talented actor and writer Saqib Sumeer. We both sat down for more than a month and worked on the script. Saqib is highly talented and has experience of film, tv, and stage. I was lucky to have him on the board as a writer. While explaining the screenplay to Saqib, he added so many strong situations. Rung Dorangi has humour, romance, tragedy, adventure and mystery too.

3- You have launched numerous successful projects during your career, which one is your favourite?

A – I did a serial called Sard Aag for Hum TV in 2006. It was filmed in Manchester with some new actors. I would love to remake this serial. The new talent was selected after auditions from acting schools in Birmingham, Manchester and London. Established actors like Noman Ejaz and Abid Ali were invited from Pakistan. It is the first ever British Pakistani drama serial of its kind. Those who watched it were really impressed by the quality of production and the script.

4- So what inspired you to make a rom-com?

A – My last project Azaad was a serious drama, so this time I wanted to work on a film which had lots of light moments. Rung DoRangi is humorous but at the same time includes some serious scenes. Our lead actress Namra Shahid in Rung DoRangi has a totally different character as compared to the character of Momal Sheikh in Azaad. There is so much going on in the world now so I thought why not give people a break from all the seriousness.

5. Why would you recommend our readers to watch Rung DoRangi?

A – Rung Dorangi will take you on a journey of laughter, romance and fun. The gripping script, interesting screenplay and beautiful locations – are something every viewer wants to see in a good film. Every artist has performed wonderfully and one can easily watch and enjoy it with all age groups.

6. You have launched several artists in Pakistan, share some names of people who got breaks through your productions in the past.

A- I want to bring positivity and hope through my productions and songs in the society. One more thing I want to do is to make my subjects relatable to the audience. I understand the script and situations and improvise them through my own experiences in life. Living in Pakistan and in the United Kingdom, and after travelling to so many countries have made my mind very balanced and open. Whether big or small, I believe every character is important in a story. I observe people and mannerisms and choose artists according to my requirement. For me it’s not essential to cast a big star for production, one should cast an actor who’s suitable for the character. The locations in any productions are also equally important as characters.

8. Tell us about a past project that has been personally fulfilling for you as a director?

A – I directed a drama serial Jayen Kahan Armaan in 2002 for ARY Digital. I also played the main character in it. The character Armaan used to travel from one place to another, each story used to last for 6-7 episodes with a different set of characters. It was a very popular drama serial. When I shifted to England, most of the Pakistani and Indians used to call me Armaan. The serial was extended to a second season and completed 52 episodes.

9. How are your recent

would you compare the singing of your earlier hit songs like Kabhi to Hoga mera milan, Chandni, My Love, Aey Sanam Teray Naal to your recent songs Sansani, Take it Easy and Saiyaan from film Azaad?

A – I have progressed as a vocalist and composer. I definitely know what kind of sound I need for a song. After producing so many songs here in Pakistan and in the United Kingdom, I am comfortable working on other genres of music and can easily gel in with artists from other backgrounds.

10. How would you compare the experience of filming Azaad in the UK and ‘Rung Dorangi’ in Pakistan?

A- Producing something in the United Kingdom is as easy as I have been working in Pakistan. I did so many productions, concerts and events in England that I feel the same as I feel here. Azaad was a challenging project, we had to cover many locations in London. It had new talent with experienced actors. After Rung Dorangi, my next project will be Mujh Ko Pata Hai filmed in London.

11. If you were to describe Rung DoRangi in a line, how would you describe it?

A – Rung Dorangi is attractive, close to life, deep with great production values and colours.