Whether the film will be allowed to release in Pakistan, is yet to be known! 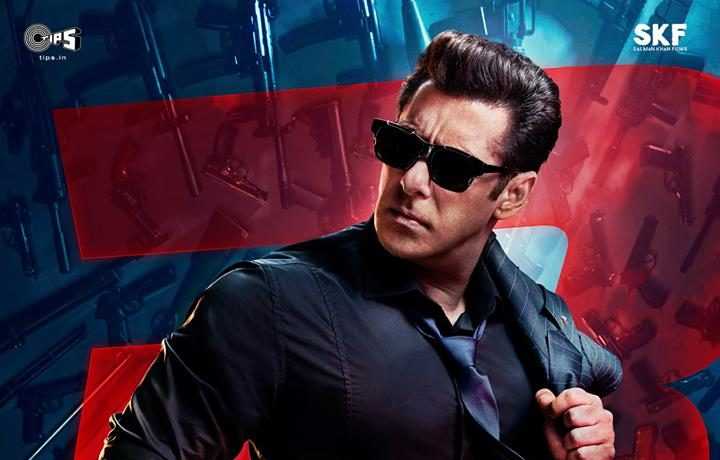 Salman Khan released the logo of the action film by sharing a 13 seconds clip on his official Twitter handle. Salman’s caption reads, “3 months to go…”. Accompanied with some pumped up music the clip starts with some text, ” On your marks, Get set, Ready, Go!”. By mentioning 3 months to go, this surely is going to be a special release on Eid.

The upcoming action thriller Race 3 is surely one of the most awaited films of 2018 directed by Remo D’Souza and produced under Tips Films & Salman Khan films. It is the sequel to the 2013 film Race 2 and the third installment of the Race film series. Salman Khan is replacing Saif Ali Khan, who had been the lead hero in previous two parts and the addition of Bobby Deol has been prominent also.

Salman Khan himself had been busy revealing the cast for Race 3 via tweets, have a look who else will be sharing screen with him; Jacqueline Fernandez will be the lead girl. The duo of Salman and Jacqueline has already been a hit combination in film Kick.

Madhuri’s Ik Do Teen to be recreated.

It was November last year when announcement for the start of shoot came out, making fans to wait eagerly to see their favorite star in action.

If allowed to release in Pakistan, we have a hunch the Salman Khan starrer will do away with all local releases conveniently. However considering the tensions between the two countries and exchange of talent between them, we really cannot be sure about the future of Race 3 in Pakistan.

tweet
Share on FacebookShare on TwitterShare on PinterestShare on Reddit
Saman SiddiquiMarch 19, 2018
the authorSaman Siddiqui
Saman Siddiqui, A freelance journalist with a Master’s Degree in Mass Communication and MS in Peace and Conflict Studies. Associated with the media industry since 2006. Experience in various capacities including Program Host, Researcher, News Producer, Documentary Making, Voice Over, Content Writing Copy Editing, and Blogging, and currently associated with OyeYeah since 2018, working as an Editor.
All posts bySaman Siddiqui