Teaser Alert: Sherdil will bring back memories of the 1965 war

We've been impressed with the visuals 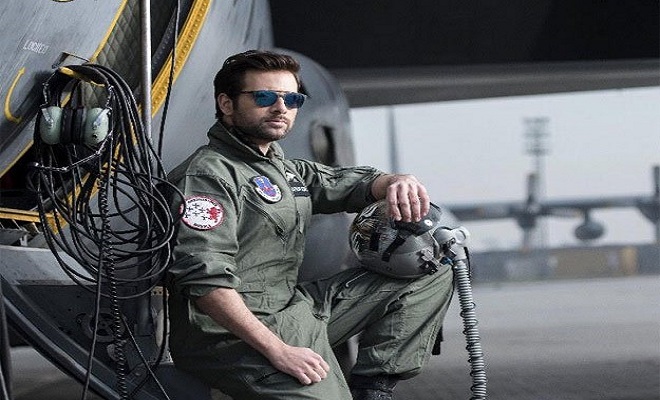 Releasing alongside Laal Kabootar and Project Ghazi, we’ll have the Mikaal Zulfiqar starrer Sherdil, coming out on the 22nd of March. Directed by Janaan and Parchi famed directed Azfar Jafri, Sherdil seems to revolve around the 1965 war between India and Pakistan and the role Pakistan Airforce played in it.

Mikaal Zulfiqar is playing a fighter pilot in Sherdil and from the looks of the teaser, the film is going to be high on action and emotional content. Since it will bring back memories of the 1965 war, Sherdil will certainly ignite patriotism and appeal to the masses.

Talking about his character earlier to Oye Yeah, Mikaal had shared, “I play Lieutenant Haris in the film. My character is that of a fighter pilot and his journey of becoming first the top pilot in Pakistan Airforce and then in the whole world.”

“I won’t say that this film is more of a tribute to the Pakistan Airforce, because its a feature film. However, it has a patriotic inclination alongside the personal story of Lieutenant Haris and of course the young cadets of the force. Sherdil’s story is that of a nation’s journey along with an individual’s journey for his country as well,” shared Mikaal.

Produced by NK Pictures, Sherdil will release under ARY Films banner on the 22nd of March.