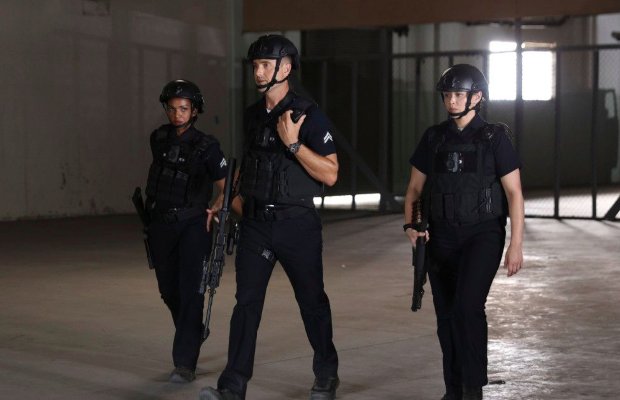 Showrunner Alexi Hawley of ABC cop drama The Rookie has issued directives of banning the “live” weapons on its set, with an immediate effect, following the fatal shooting on the set of Alec Baldwin’s Rust.

Alec Baldwin fired a prop gun while filming a scene of film Rust in New Mexico on Thursday, which caused the death of cinematographer Halyna Hutchins and wounded director Joel Souza.

Hawley sent a memo to staff, outlining the changes designed to improve the safety on the set of the Entertainment One and ABC Signature series.

Here’s Hawley’s memo to the cast and crew of The Rookie:

The tragic events in New Mexico yesterday have shaken us all, and our hearts go out to the friends and family of Halyna Hutchins and Joel Souza.

As of today, it is now policy on The Rookie that all gunfire onset will be Air Soft guns with CG muzzle flashes added in post. There will be no more “live” weapons on the show. The safety of our cast and crew are too important. Any risk is too much risk.

As always, if you ever feel unsafe or witness anything that concerns you, please don’t hesitate to report it.

My door is always open.

Similar accidents involving firearms on Hollywood sets are quite rare.

A similar unfortunate incident occurred in 1993.

When Brandon Lee was accidentally shot and killed on the set of The Crow by another actor who fired a revolver that was not prepared correctly.