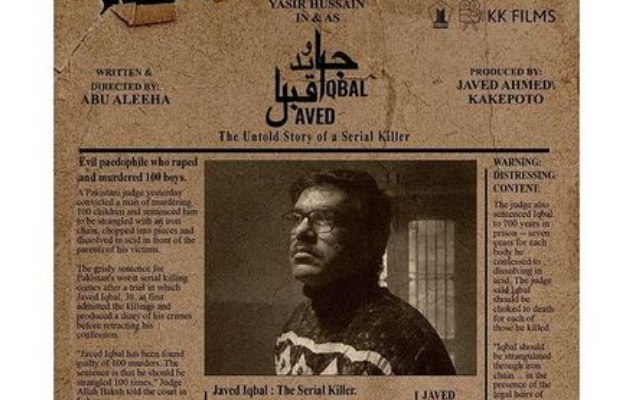 The Untold Story of a Serial Killer’ to hit cinemas on December 24!

Yasir Hussain the lead star playing the character of the serial killer in the upcoming film took to social media to announce the film’s release date along with the official poster.

Written and directed by Abu Aleeha, the film also stars Ayesha Omar who essays the role of a police inspector investigating the infamous case of the serial killer. 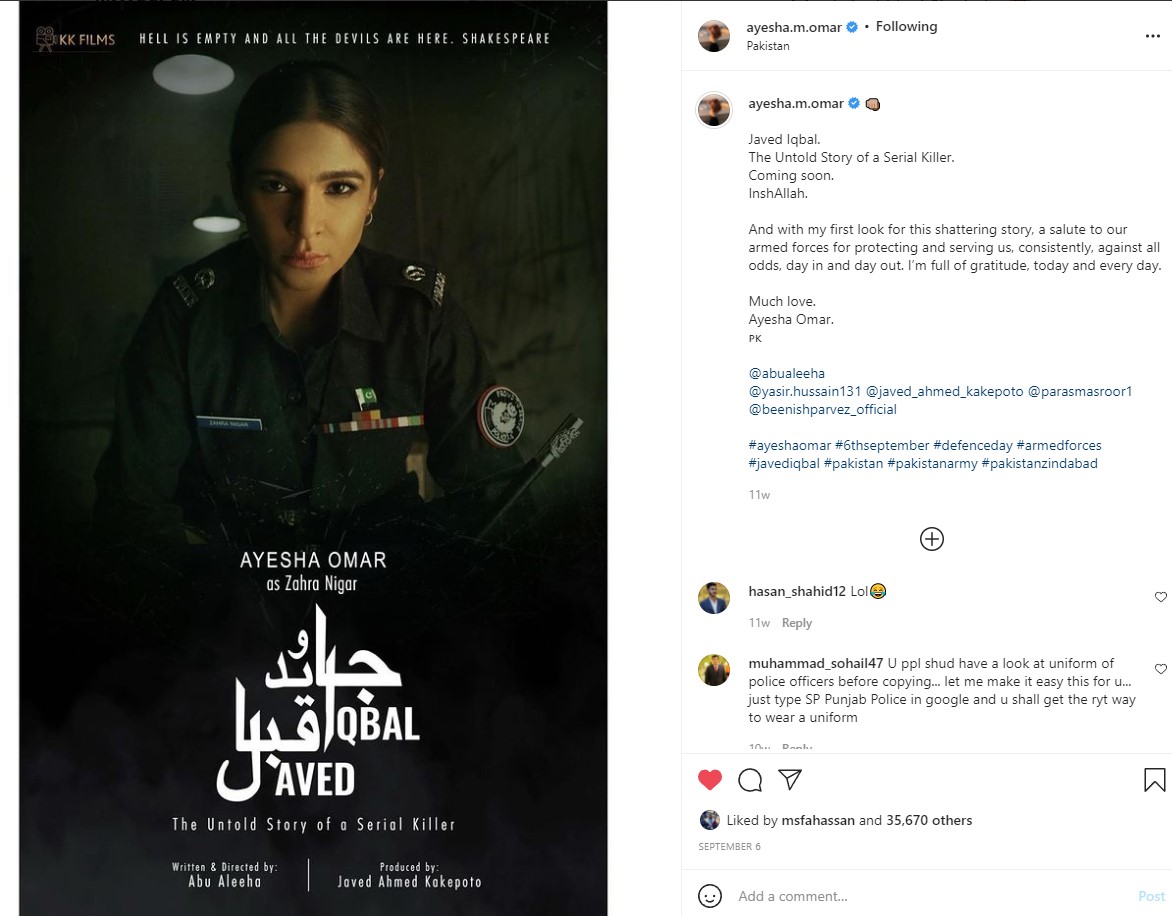 The cast of the film also includes Paras Masroor, Rabiya Kulsoom, and Aamir Yamin amongst others.

The biographical film is based on the story of  Javed Iqbal, a Pakistani serial killer, and pederast.

Reportedly the process for clearance from censor boards caused the delay.