TV remake of Kabhi Khushi Kabhi Gham in the works!

Karan Johar's blockbuster film will be now adapted into a drama 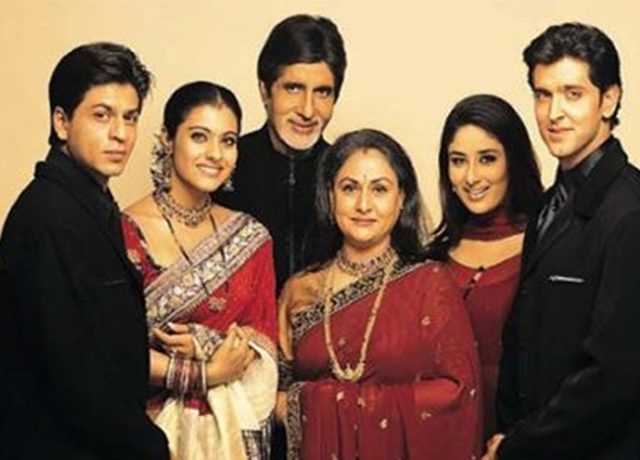 How many of you absolutely loved Karan Johar’s classic Kabhi Khushi Kabhi Gham. The beautiful film still remains in the hearts of many as a favorite. And now, if sources are to be believed, the film is getting adapted to a television drama.

Ekta Kapoor tweeted last month that she is working on  a family soaps after years and according to the Indian publicayopm, the serial going to be a remake of K3G.

According to Mumbai Mirror,”Bijoy Anand, who played Kajol’s wayward fiancé in the 1998 romcom Pyaar Toh Hona Hi Tha, has been cast to play Amitabh Bachchan’s patriarch, Yashvardhan Raichand, while Kuch Rang Pyar Ke Aise Bhi actress Erica Fernandes is in talks to play either Kajol’s talkative Anjali or her younger sister, Pooja (popularized by Kareena as ‘Poo’). The part will be finalized after a look test,”

Moreover rumors saying that actor Rajat Tokas of Jodha Akbar (TV show)  has been approached to play  the role of SRK, Rahul Raichand and Varun Sood have been shortlisted for the part played by Hrithik Roshan.

tweet
Share on FacebookShare on TwitterShare on PinterestShare on Reddit
Rameeza NasimMay 3, 2018
the authorRameeza Nasim
Rameeza Nasim, a Paralian, passionate about poetry, drama and fiction. By giving drama critiques I feel like I am endorsing the writer's message to the audiences, I love my job. Being a critic responsibility lies on my shoulders to point out the flaws and shortcomings of the play be it on writer's , performers or director's end . I did my Masters in English Literature and Linguistics .
All posts byRameeza Nasim