In a three years span, this is going to be Nawazuddin’s third biopic. 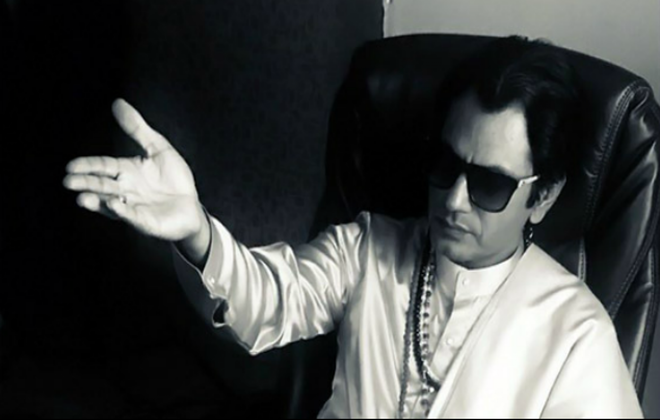 And the trailer of the upcoming biopic ‘Thackery’ based upon the life of controversial Indian politician Bal Thakery is finally out.

It was earlier reported that the Indian Central Board of Film Certification had raised objection to three scenes and two dialogues in the film. Shiv Sena politician Sanjay Raut, who is also the producer of the film, however, maintained that the makers will go ahead with the trailer launch today as scheduled.

And the trailer was released today, showing  Nawazuddin Siddiqui  who has nailed it again with his amazing acting skills.

As reported earlier CBFC has objected against a particular Babri Masjid scene and another dialogue ‘Yandu Gundu’ which has been used against the South Indian community residing in Mumbai. All is included in the trailer, uncut!

As the film follows the life of Bal Thackeray and his rise in the Maharashtra political circuit, it is going to be surely a controversial film.

The trailer also includes a glimpse at Javed Miandad having a conversation with Bal Thackery, seems like from times when efforts were made to resume cricket between the two rival countries.

Film Thackeray is slated for a January 25 release, which falls two days after the birth anniversary of Bal Thackeray.

In a three years span, this is going to be Nawazuddin’s third biopic. His performances in both the previous biopics have been acclaimed on an international level.

He played Dashrath Manjhi in Manjhi – The Mountain Man, Saadat Hasan Manto in Manto, and now playing the character of Bal Thackeray in ‘Thackeray’, seems like another feather in the actor’s cap.