The commercially and critically successful movie follows Mangu's unusual story, a donkey, who becomes a king by chance. 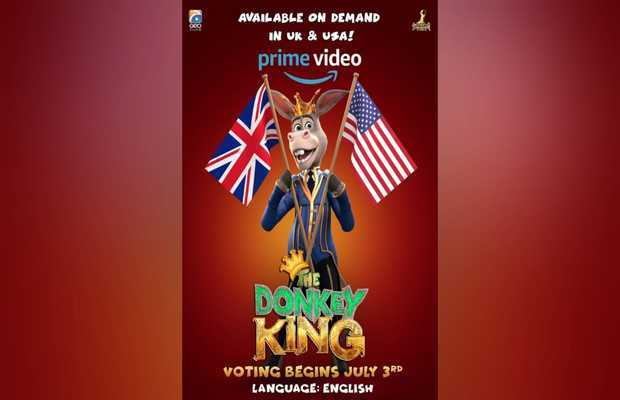 Released in 2018, The Donkey King has become a phenomenon that refuses to subside. After grossing Rs. 25 Crore at the domestic box office. The film has had dubbed theatrical release in 10 countries including Spain, Korea, Turkey, Russia, and Ukraine amongst others.

Only recently, the film had its Television Premiere in Pakistan, smashing all viewership records to become the most-watched TV premiere in Pakistan’s history. Now it is dubbed in English and available-on-demand exclusively on Amazon Prime Video in USA & UK.

Aziz Jindani, the maker of Donkey King, while expressing his views said “The Donkey King’s continued global acceptance underscores that when content is built on universal truths & insights it can transcend geographies and language. The film has been dubbed in more than 10 languages now and when I watched the English version, it was so good, I forgot that the original language was Urdu.”

The commercially and critically successful movie follows Mangu’s unusual story, a donkey, who becomes a king by chance. It hasn’t only garnered acclaim locally but has also opened great avenues for the Pakistani film industry, penetrating global markets with its phenomenal success.