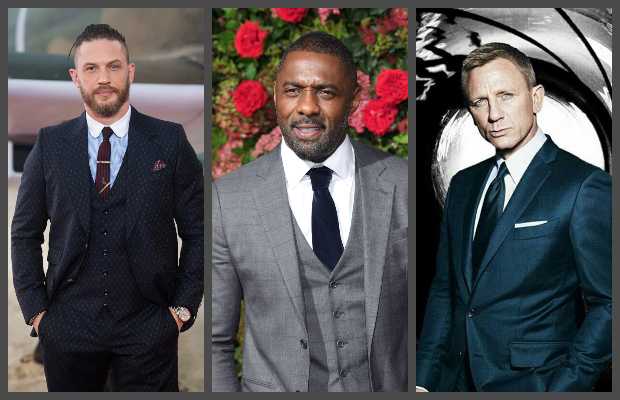 Ever since Daniel Craig jokingly said in 2015 that he rather slits his wrists than do another Bond movie, speculations on who will take up the role started to get around. And now as the release of No Time to Die is coming close, rumor mill is abuzz with two top contenders at the tip of every other tongue.

The two actors predominantly in the race to become next James Bond are British actors Tom Hardy and Idris Elba, both of whom have a promising portfolio to make them eligible for the grand franchise.

“If I mention it, it’s gone. You know, there’s a saying amongst us in the fraternity of acting, and in the fellowship of my peer group, that if you talk about it you’re automatically out of the race. So I can’t possibly comment on that one,” Hardy had said while talking to a publication sometime ago.

But this weekend saw Hardy’s name once again trending in the chatters as the fans speculated of his selection.

Racing against Hardy is Elba who also happens to be a strong screen presence with a lot of talent on the acting stage. He however had kind of, sort of, dismissed the idea sometime ago.

“Bond is one of the biggest franchises in the world, and for that reason, whoever ends up playing it, lives it. You’re THAT character, and known as that character for many, many years. I’m creating characters now that can still live alongside Idris. Not ones that take over me and solely define me,” the 48-year old actor had told Event.