The Batman New York Premiere: All in praises for Robert Pattinson for establishing a new rank for Bruce

The Dark Knight has risen, again! 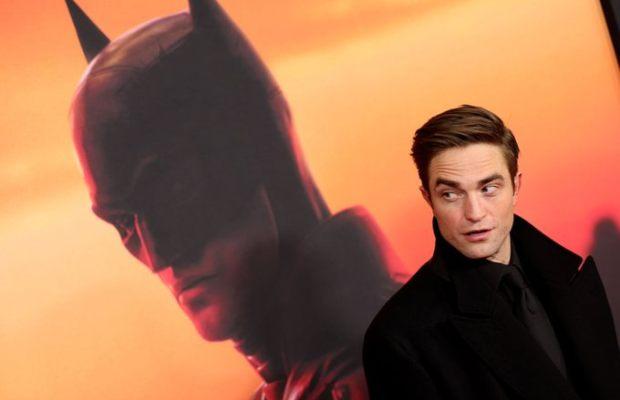 The Batman New York Premiere was held last night and the early reviews have started to arrive.

All hailing Robert Pattinson as the New Batman who did a remarkable job!

The Dark Knight has risen, again!

The red carpet saw the star cast arriving in style but unfortunately, the director of the much-anticipated film could not attend the premiere.

The Batman director Matt Reeves had tested positive for COVID-19 a day before the New York premiere.

Matt Reeves back in January, confirmed that the new DC movie would run at nearly three hours, making it the longest solo Batman movie and the longest superhero movie ever behind Avengers: Endgame.

And it seems like the fans have found the new Batman film up to their expectations despite earlier criticism for casting Robert Pattinson in the role.

The early reviews pouring in on the social media claim, Robert, to be the finest choice as the new DC hero.

All are in praises for Robert Pattinson for establishing a new rank for Bruce.

Because of the rainy weather I was going to pull out of #TheBatman last night, I’m glad I didn’t! I can’t believe I thought it couldn’t be taken further than where Christian Bale took it, but I was wrong. #RobertPattinson is amazing, Dark, brooding, flawed. Excellent!

My God how beautiful he is! He's #TheBatman Today I saw the movie! I just have to thank Matt for delivering this spectacular film to us. Robert thank you for being such a dedicated and talented actor! The photography, the cast, the script, everything is amazing! #RobertPattinson pic.twitter.com/0cMpk44WDo

Just finished #TheBatman movie and it's really worth it. #RobertPattinson killed it!! 👍🏻@TheBatman pic.twitter.com/ZPCmUwsK1I

I'M so f**ing proud of #RobertPattinson.I've never been a superhero fan, but #TheBatman is not a superhero movie, it's phenomenal. I love how @mattreevesLA interpreted the story of Batman.

Friday we go into the 2nd round. pic.twitter.com/6xk6cpw2JK

#RobertPattinson is beyond the hate, the expectations, the the doubts and critics.
With #TheBatman he establishes a new rank for Bruce.

This movie was a challenge and dream for him, but also a gift for the fans.

In my personal opinion #RobertPattinson is THE BATMAN hands down the greatest actor who played Bruce Wayne, at first I was spectacle but after watching I couldn’t believe how amazing he’s as Batman can’t wait to see more of him🖤🖤