It took BTS only 65 minutes to reach the milestone 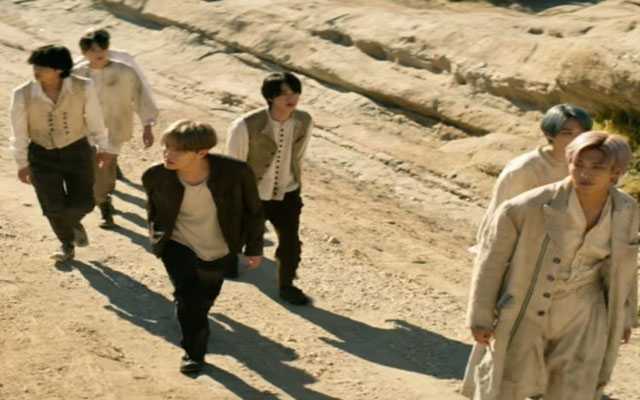 It’s just been a week when BTS song was first released, now the K-Pop sensation has finally dropped the official video for their new single “On,” and their timing couldn’t have been better.

Newly released of BTS “ON” has already hit 10 million views. The magnificent visual, which shows the seven members of the boy band walking through a wasted field of war and finding their way to a forested promise land (of sorts), arrived at midnight KST on Friday, February 28.

The release of the video makes sense for their Korean fan base, as they waited until a brand new day begins to launch a spectacular clip, and it’s also the beginning of a new tracking period in South Korea.

By 1:05 a.m. KST, an hour after the new video was out the track had already surpassed 10 million views, indicating that it took only 65 minutes to reach the milestone.