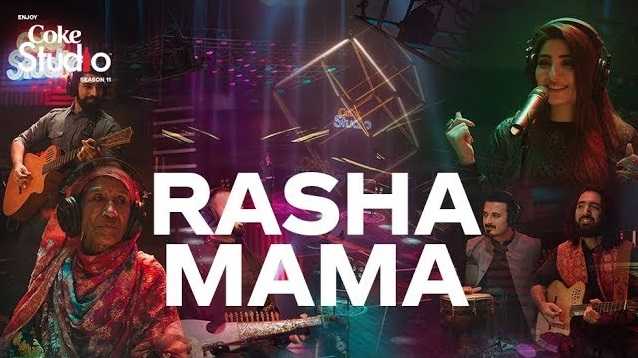 Coke Studio proudly released the second episode from its  Season 11 featuring “Runaway” by Krewella, Riaz Qadri and Ghulam Ali Qadri, “Gaddiye” by Attaullah Esakhelvi and Asrar, “Rasha Mama” by Zarsanga, Khumariyaan and Gul Panrra and “Ghoom Charakhra” by Abida Parveen and Ali Azmat and left the audience and listeners awestruck by the sheer beauty and magnificence of the tracks produced.

In their Coke Studio debut, Chicago-based EDM sister duo Krewella reconnect with their Pakistani roots with “Runaway”. Paired with the raw power of Riaz Qadri and Ghulam Ali Qadri’s folk vocals, they bring their first fusion track about hijr (separation from a beloved). Primarily an English song, Jahan and Yasmine Yousaf also sing in one of their native languages for the very first time. The sister-duo were introduced to Coke Studio by their father and ever since they have aspired to be a part of the show. This was their first time visiting Pakistan.

The vocal harmonies combined with a driving dholak groove and soulful sarangi is what makes “Runaway” a tasteful juxtaposition.

A collaboration between Attaullah Khan Esakhelvi – whose ascendency transcends borders – and Asrar, the younger generation of folk-inspired musician; “Gaddiye” is a high-energy modern folk classic. With catchy harmonium riffs, full on rock guitars and a striking groove, “Gaddiye” has a sonic signature sound of Esakhelvi and Asrar. A metaphor for life, the lyrics of this song cleverly use modern elements to convey universal truths: about love, separation and reunion, which are also common themes in Sufi poetry.

With “Rasha Mama”, Coke Studio presents the Pukhtun dream team: Zarsanga, Khumariyaan, and Gul Panrra. Widely known as the ‘Melody Queen of Pashto’, Zarsanga is a recipient of the ‘Pride of Performance’ and ‘Presidential Award’ for her contributions. Celebrating Zarsanga in her truest essence was only possible by

providing her a frame of new-age KPK inspired soundscape. Composed by the front-runners in mainstream KPK music campaign, Khumariyaan composes a percussion-drive track with rabab, dholak and guitars as Zarsanga soars effortlessly through one of her well-loved folk songs. The traditional gives way to the global, as the track transitions into a catchy synth riff and explodes into its signature groove. Gul Panrra’s rendition leads into a completely new Pashto scene, depicting the depth of Pashto music. “Rasha Mama” is a traditional folk song of the Pashtoon culture composed by Ustaad Gulzaman from Afghanistan.

Abida Parveen and Ali Azmat join forces for the first time on the Coke Studio platform to present “Ghoom Charakhra”. A powerhouse collaboration featuring two giants of Pakistani music industry, it celebrates the spindle of life offering a gateway to the spiritual well-being of humanity. Based around Hazrat Shah Hussain’s mystic poetry, the arrangement of this version draws from Sufi traditions, where the repetitive and swirling phrases and beats slowly draw you into a state of ecstatic transcendence. With the melancholic vocals and the cathartic sound of tongue drum, played by Babar Khanna, we are presented with a new-age rendition of “Ghoom Charakhra”.