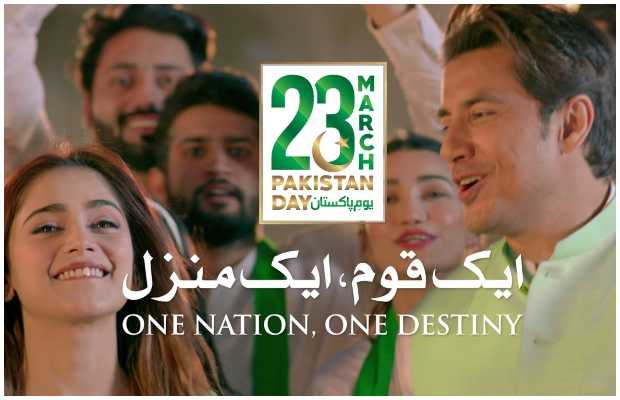 Keeping up with the tradition, the Inter-Services Public Relations (ISPR) has released a new song as part of this year’s Pakistan Day celebrations.

The song ‘Aik Qaum, Aik Manzil’,  is written by Abid Ahsan and the music is composed by Ali Zafar.

This year’s song also pays homage to frontline health workers amid the global pandemic. The video also includes a tribute to Ali Sadpara, the Pakistani mountaineer who went missing while scaling the K2.

The latest video was uploaded on the ISPR’s official YouTube page, with a caption saying: “On 23rd March 1940, Muslims of the Sub-Continent, while exhibiting heights of unity, faith, and discipline, passed the historic Resolution for establishment of a separate homeland. Muslims shared one vision and were always one in their resolve against all odds.”

“The song; Aik Qaum, Aik Manzil, highlights the very same ideology of unity, resilience, and an indomitable resolve of Pakistanis, 81 years later. Compassion, tolerance, brotherhood, and the feeling of oneness are the essence, which consolidates Pakistan into one nation, despite being a multi-cultural, multi-ethnic, and multi-religious society,” ISPR added.

It’s a tradition now for the ISPR’s Pakistan Day Song to release  on national occasions.