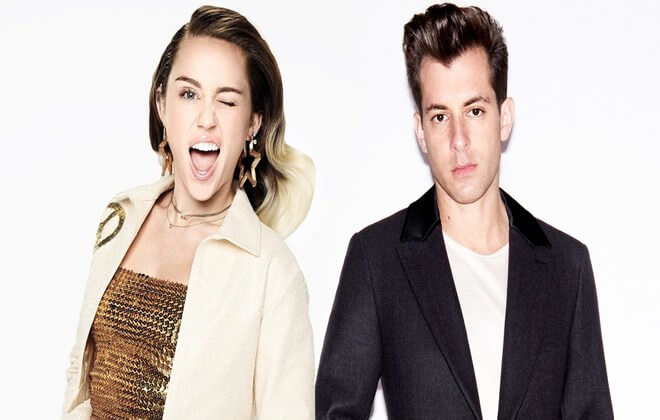 Celebrity singer Miley Cyrus and musician Mark Ronson have collaborated for a new song, which is apparently about the heartbreak. The song is reportedly called, ‘Nothing Breaks Like a Heart’, and Cyrus has also hinted at the title in her latest Instagram posts.

The social media posts by the 26-year-old singer hint that her new track will be out on 29 November 2018.
Miley Cyrus has shared a series of snippets on her twitter handle tagging Mark Ronson, with a broken heart emoji and also revealing the release date of the song.

The news of the new track was also shared by Mark Ronson on his social media. He has shared a video clip in a tweet, captioning it: “me and @MileyCyrus making the strings bleed for that heartbreak”.

me and @MileyCyrus making the strings bleed for that heartbreak 💔 pic.twitter.com/En8F8QXO0d

He has also been sharing the same video clips, hinting at the new song release,

The Hannah Montana star will also appear on ‘Saturday Night Live’ alongside Ronson on December 15th.

According to media source, “Miley was so excited to share a preview of her music. Miley’s new sound is something a little more organic. She loved the pop, but she went for a more mature sound and sophistication in her new music”.

tweet
Share on FacebookShare on TwitterShare on PinterestShare on Reddit
Saman SiddiquiNovember 28, 2018
the authorSaman Siddiqui
Saman Siddiqui, A freelance journalist with a Master’s Degree in Mass Communication and MS in Peace and Conflict Studies. Associated with the media industry since 2006. Experience in various capacities including Program Host, Researcher, News Producer, Documentary Making, Voice Over, Content Writing Copy Editing, and Blogging, and currently associated with OyeYeah since 2018, working as an Editor.
All posts bySaman Siddiqui