The video has been directed by Ali Ashraf and shot in Islamabad. 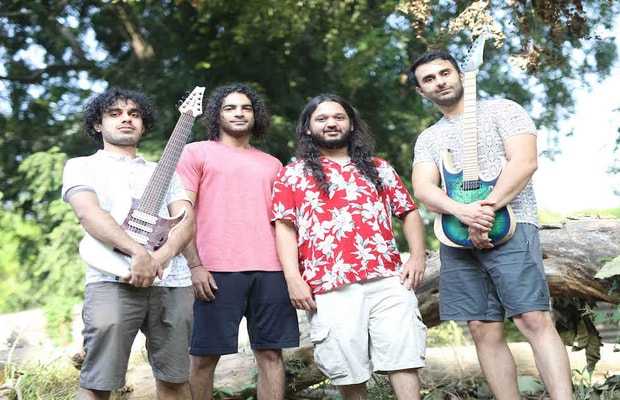 Pakistani progressive rock/jazz/electronic band Wisdom Salad has released their debut single and video ‘Begin’. The video has been directed by Ali Ashraf and shot in Islamabad.

In the band’s own humorous words, “This video was born of absent-mindedness and sleep deprivation, but now that we’ve seen the final product there are no regrets. It was time. And when the time came. We made a video. For the time was now. And now the video would be made. Yes. It’s about the cyclical nature of life. How we often get bogged down in the mire of daily life and it just seems like running down the same hallway forever but there is always respite. Somewhere. Hope you enjoy.”

– Shamsher Rana who makes the garnish of the Salad by adding color with his production, combining with Mustafa to add to the appeal in composition, and the flavor with his fastidious guitar playing. Shamsher has been involved in many projects across the industry, collaborating with Faris Shafi, VIP, Takatak as well as working on the score for Saqib Malik’s “Baaji” and Sarmad Khousat’s “Zindagi Tamasha”.

– Musti or Mustafa Tauseef aka Dr. Toffee, is the body of the Salad. The blend of his compositions and tasteful guitar playing give the Salad it’s true form. Having now officially become a Doctor, Mustafa is practicing along with working on various projects such as Sikandar Vincent Khan’s “Begunnah”.

– Daud Ramay aka Lord Sir Daud Ramses, is the base of the Salad, the bringer of faith and the light that shines upon the rest of the Salad. Daud is a gifted drummer. No stranger to the Pakistani music scene, Daud is involved with a number of bands including Takatak (with his brother and fellow Lord, Yusuf Ramay), Sikandar Ka Mandar, Keeray Makoray, Janoobi Khargosh and even playing for Poor Rich Boy.

– Asjad Ilahi Junaid is the croutons. The lettuce. The onions. The irreducible parts without which one cannot call something a salad. His dynamic voice toes the line between epic highs and sultry lows. Also, he’s an ACE certified trainer.