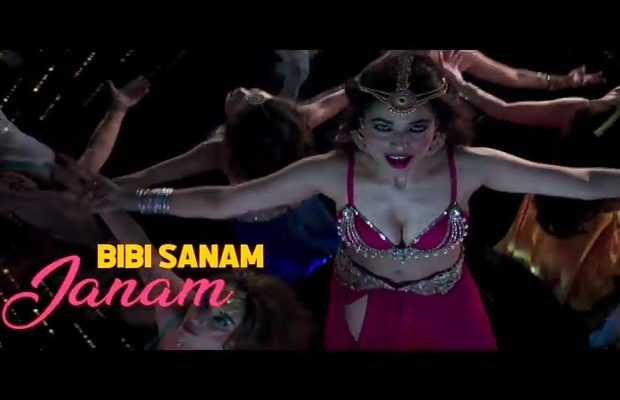 Zeb Bangash is disappointed with Bollywood’s rendition of ‘Bibi Sanam’.

Bangash’s international hit landed up in the Bollywood film ‘Cabaret’, sung by Usha Uthup. We all know Bollywood has a reputation of ruining the originals in one way or another.

Reacting to the treatment the Bibi Sanam has received in Bollywood Zeb has written an opinion piece for Scroll India, sharing her thoughts on the rendition.

Before reading her opinion, check out this Bollywood’s Cabaret version of Bibi Sanam:

“I recorded an entirely fresh version of Bibi Sanam with my Brooklyn-based band SANDARAA. Not surprisingly, this version became a crowd-pleaser on SANDARAA tours even to predominantly Western audiences in North America,” she said.

“From the moment my cousin Haniya and I released our version of Bibi Sanam on Coke Studio, it resonated with people from Kabul to Kolkata and beyond, becoming one of our most-loved and celebrated numbers. Its success spawned many other versions on YouTube and it was a delight to see and hear people from all over the world engaging with the song with so much love.”

“I came across a recently uploaded Bibi Sanam video from a Bollywood film. The film was completed a few years ago, but I hadn’t heard of or seen it. I was eager to see what space had been carved out for this beautiful folk classic by the multi-billion dollar industry we all follow and participate in so actively. The names attached to the project heightened my excitement. Usha Uthup, whose beautiful spirit and voice has inspired me since childhood, and Richa Chadha, an actor I respect as someone who stood up against objectification of women on the silver screen, ” writes Zeb.

“I finally heard the song, I was unsettled, disappointed by its re-imagining. I could not find Richa’s spirit or Usha’s voice in the song, neither could I find the soul of Qandahar, Tajqurghan, Kabul Jaan, or Sisstaan — all the places the song has referenced,” she added.

“Instead, the song was forcibly put in a place it was never meant for. I must admit it deeply disturbed me to see a cover of our loving tribute/rendition juxtaposed against the general ongoings of a forgettable Bollywood item song. What was infused into the innocence, the freshness, and sweetness of Sistaan is unwanted aggressive sexuality. Sadly, it felt perhaps for the first time a version has compromised the beauty of an ancient poetic, musical and spiritual tradition, wrote Zeb while expressing her thoughts on the rendition.

“The past 12 months, we saw social movements promoting inclusion and equality, we participated in them virtually and created a real global social impact. Social media provides an opportunity for authentic and discerning collaborations. In the context of this hyper-connected environment, I need to ask whether we as artists and content creators are making lazy and uninformed artistic choices?”, Zeb continued.

“When you sing a song in a new language, you acquire an intimacy not only with the music but also its people, as you gain access to its stories and histories. You then suffuse it with your own histories and culture – if done right, it is always a process of inclusion. This is especially true for rich spiritual soundscapes. Is it too much to hope that this can culminate in evolution beyond the item number?” she inquired.

“When a dominant cultural machine imposes its careless vulgarity upon lesser-known spiritual traditions, it can undermine the culture and ultimately re-form and warp an identity from sacred to profane.”

“Bibi Sanam has always possessed a mesmerising quality, magic kept alive for centuries, by artists and audiences, meshed with their personal memory, experience, and history. For me the Bollywood version is a disservice to the song’s meaning and the culture it comes from,” she concluded.