CM KP expressed deep grief and sorrow over the loss of precious human lives in the incidents. 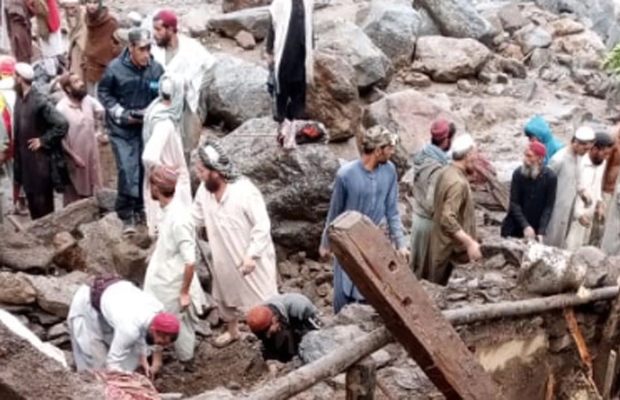 At least 21 people have died in separate incidents caused due to heavy rains in Khyber Pakhtunkhwa that triggered flash floods, and caused destruction, and roof collapse.

At least 16 people were killed and two injured due to heavy rain thunderstorms in the Jhatka area in Torghar district.

According to District Police Officer Torghar, about four houses were damaged.

The rescuers pulled out 15 bodies from the rubble so far.

Five people were also injured in the mishap who were moved to a local hospital.

According to District Police Officer Torghar, about four houses were damaged.

In another tragic incident in Abbottabad, five people were killed as the roof of a house caved in the Kakol area.

1122 rescuers retrieved the bodies from the rubbles.

The rescue operation is reported to be in progress in the affected area.

Meanwhile, Chief Minister Khyber Pakhtunkhwa Mahmood Khan, in a statement in Peshawar today, expressed deep grief and sorrow over the loss of precious human lives in the incident.