Taliban spokesman Zabihullah Mujahid denied the group was involved and condemned the incident. 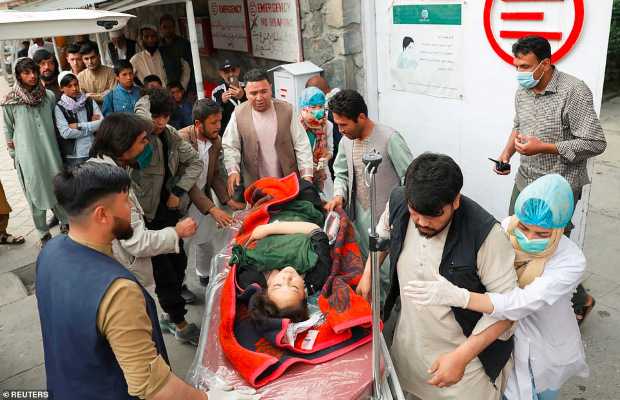 A deadly blast outside Kabul’s school on Saturday killed 55, injuring more than 150!

According to Afghan officials, a car bomb and mortars exploded near a girls’ school in the west of capital Kabul.

As being reported that the bombs struck an area populated largely by the Shiite Hazara community and killed many female students between 11 and 15 years old.

A senior security official on condition of anonymity told Reuters that most of the casualties were students coming out of the Sayed ul Shuhada school, as well as many who were badly wounded were taken to the hospital.

The social media feed, following the news, was filled with images and clips that showed chaotic scenes, with books and school bags scattered across a bloodstained road, and residents rushing to help victims.

Due to graphic content, those tweets are not being attached to this news piece.

A blast near a girls school in Kabul has killed 40 and dozens are injured, mostly female students. Keep Afghanistan and the entire Ummah in your duas. This attack took place in a predominantly Shia hazara neighbourhood of Kabul.#KabulBlast pic.twitter.com/mVI4rQHqfF

Bomb blast near a girls' school in Kabul.

At least 30 innocent people killed in this barbaric attack.

Those terrorists who kill innocent people deserve to be rot in hell. May Allah give patience to grieving families.#KabulBlast pic.twitter.com/qD0NnY4sPT

An Interior Ministry spokesperson Tareq Arian while talking to the press said, that at least “30 people were killed and 52 wounded” in the blast.

On the other hand, Arian’s deputy Hamid Roshan said that an investigation had begun into the explosion, adding that casualties included students.

Ghani said: “The Taliban, by escalating their illegitimate war and violence, have once again shown that they are not only reluctant to resolve the current crisis peacefully and fundamentally, but are complicating the situation.”

However, Taliban spokesman Zabihullah Mujahid denied the group was involved and condemned the incident.

Pakistan strongly condemns the reprehensible attacks outside the school which led to the loss of many precious lives and injuries.

“Pakistan condemns terrorism in all forms and manifestations. At this moment of grief, Pakistan stands by Afghan brethren in their struggle against the scourge of terrorism. Pakistan will continue to support Afghanistan on its path to peace, progress, and prosperity, “the statement added.