Manzoor Wassan has made a few more predictions at the presser in Karachi on Wednesday. 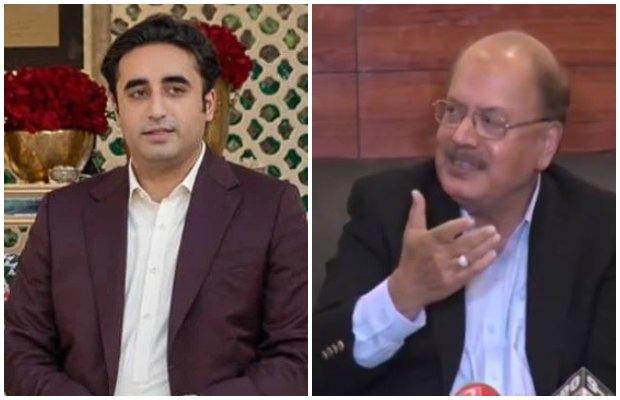 Is Bilawal Bhutto-Zardari getting married? the PPP leader Manzoor Wassan knows the dates!

Provincial minister of Sindh for Agriculture, Manzoor Wassan who is also known as the party’s ‘Political Dreamer’  while talking to the press on Wednesday said that Pakistan People’s Party (PPP) Chairman Bilawal Bhutto Zardari’s wedding will take place in 2022-23.

“Bilawal will get married in 2022 or 2023 after he becomes the prime minister of Pakistan,” Wassan said.

He went on to say that he doesn’t see a bright future for Prime Minister Imran Khan.

“PM Imran Khan will not get to form a government now. He will become the Gorbachev [former Soviet Union president Mikhail Gorbachev] of Pakistan,” Wasan added.

The provincial minister said that the premier wants to run Sindh the way he runs the country.

PPP leader went on to make a few more predictions at the presser.

Manzoor Wassan also commented on the issue of the return of PML-N supremo Nawaz Sharif to Pakistan.

Wasan said that he does not see the leader returning before March 2022.

He further added that Maulana Fazlur Rehman will not get the share he got in Khyber Pakhtunkhwa in the first phase of local government elections again.

tweet
Share on FacebookShare on TwitterShare on PinterestShare on Reddit
Saman SiddiquiDecember 29, 2021
the authorSaman Siddiqui
Saman Siddiqui, A freelance journalist with a Master’s Degree in Mass Communication and MS in Peace and Conflict Studies. Associated with the media industry since 2006. Experience in various capacities including Program Host, Researcher, News Producer, Documentary Making, Voice Over, Content Writing Copy Editing, and Blogging, and currently associated with OyeYeah since 2018, working as an Editor.
All posts bySaman Siddiqui