US Election 2020: Congress Confirms Biden’s Victory Shortly After a Day of Chaos at Capitol Hill 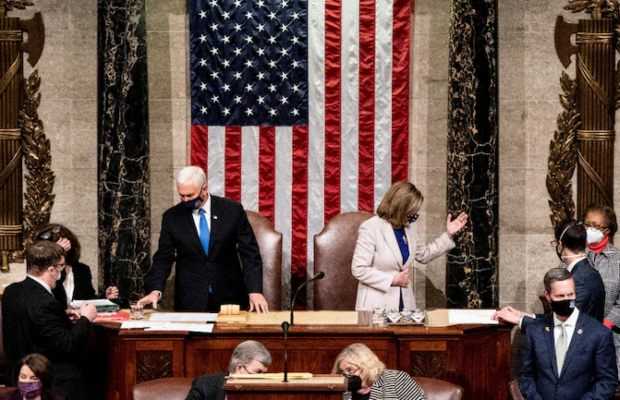 The U.S. Congress has confirmed Joe Biden as the winner of the 2020 presidential election on Thursday early morning.

The development comes after pro-Trump rioters attacked Capitol Hill and were successfully expelled following hours of chaos and violence on Wednesday night.

As being reported, the electoral college vote total passed the winning total of 270 around 3.30 a.m., confirming Joe Biden as the next President and Kamala Harris as the next Vice President.

The final tally was 306 for the Biden-Harris ticket, versus 232 for Trump and Mike Pence.

Both the houses of Congress turned down an objection to the result from Arizona, which cast its 11 electoral votes for Biden. While the US Senate voted 93-6 to deny the objection.

Shortly, the House also voted it down 303-121. The two houses then returned to a joint session and resumed the vote count, proceeding through the states in alphabetical order.

Following the Congress confirmation, Donald Trump in a statement has promised for an “orderly transition.”

The statement said: “Even though I totally disagree with the outcome of the election, and the facts bear me out, nevertheless there will be an orderly transition on January 20th. I have always said we would continue our fight to ensure that only legal votes are counted. While this represents the end of the greatest first term in presidential history, it’s only the beginning of our fight to Make America Great Again!”.