DG ISPR offers tea to PDM if it marches to Rawalpindi 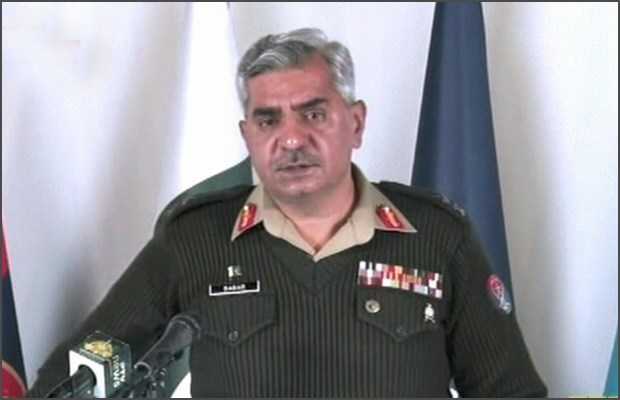 Inter-Services Public Relations (ISPR) Director General (DG) Major General Babar Iftikhar in a press briefing on Monday said that if leaders of the opposition alliance, the Pakistan Democratic Movement (PDM), decide to stage a long march towards Rawalpindi, they will be offered tea and snacks and looked after.

“I don’t see a reason for [them] to come to Pindi. And if at all they want to come, we will offer them chai paani [refreshments] and look after them. What more can I say?”, said DG ISPR in response to the question.

He was answering a question at the press briefing about PDM president Maulana Fazlur Rehman’s indication that the opposition could turn the direction of its anti-government movement towards the army leadership.

On a question asked by a reporter, whether any stern action would be taken against those propagating an anti-army narrative, an apparent reference to some PDM leaders, DG ISPR replied: “When it comes to criticism or allegations levelled, the army is doing its job. As to why are we not responding to that, only such allegations are responded to which have some weight or are based on facts.”

“We have our hands full and we neither want to get involved in such things nor will we. We have stayed the course [and] we will stay the course. There is nothing to worry about; we are not worried,” he added.

Referring to PDM’s statements and the allegation levelled about the 2018 elections not being fair, DG ISPR added: “The incumbent government asked the Pak Army to conduct elections and the Army conducted them with full responsibility and integrity. After that, if anyone has any problem regarding that, then all Pakistani institutions are working and they are the ones who have to decide on that and they should be approached.”

Major General Babar Iftikhar at the press briefing also said that no organised terrorist infrastructure exists in Pakistan today as the country fought successfully against the internal and external security challenges.

The army’s spokesperson further added that the last 10 years were a challenging time in every aspect for Pakistan, but in 2020 alone the coronavirus pandemic and locust attack had put the country’s food security and economy in severe danger.

He further added that whether, it was India’s designs of hybrid warfare, whether challenges were internal or external, they were not only been identified but also been exposed.

“We successfully combatted them and the world is recognising it too because the truth always prevails,” he said.

Major General Iftikhar also briefed the press about the measures taken in the security domain.” Operation Raddul Fasad had consolidated the achievements of the entire decade,” he added.

“Through this operation, the support base, facilitators, abettors, financiers [of terrorism], and weapons were destroyed to a large extent”, he said.

“Thankfully, today in Pakistan there is no organised terrorist infrastructure like in the past.”

tweet
Share on FacebookShare on TwitterShare on PinterestShare on Reddit
Saman SiddiquiJanuary 11, 2021
the authorSaman Siddiqui
Saman Siddiqui, A freelance journalist with a Master’s Degree in Mass Communication and MS in Peace and Conflict Studies. Associated with the media industry since 2006. Experience in various capacities including Program Host, Researcher, News Producer, Documentary Making, Voice Over, Content Writing Copy Editing, and Blogging, and currently associated with OyeYeah since 2018, working as an Editor.
All posts bySaman Siddiqui