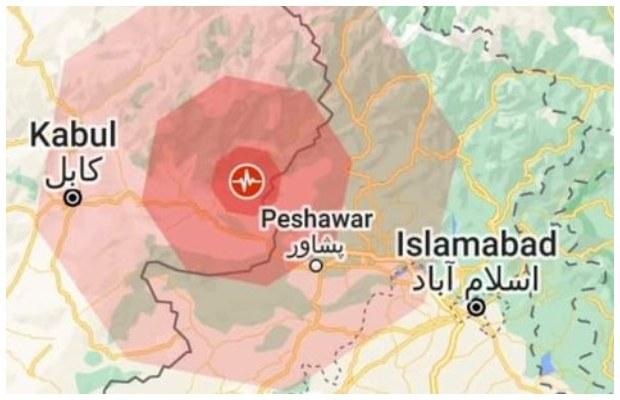 A massive jolt of Earthquake, reportedly of 5.0 magnitude is reported to be felt in the federal capital and surrounding area in the wee hours of Monday.

As reported, the earthquake tremor struck at 2: 57 am local time.

After experiencing the jolts, many people took to social media to share their concerns.

I felt earthquake tremors for a few moments. Strong shocks in the middle of heavy rains in Islamabad.

#earthquake in Islamabad. I literally felt like someone was moving my couch.

Just got up at this time because of earthquake!
Felt it while sleeping even. May Allah save us all and Pakistan particularly from this drastic climate change!
#earthquake #Islamabad

A 5.2 earthquake on the scale. With the flood, it will only make things worse. Hopefully all of Pakistan is safe. It originated from Kabul and hit major cities of Pakistan including Lahore, Islamabad, Rawalpindi, Peshawar and Quetta with a low depth. It was a big. 🤲#earthquake