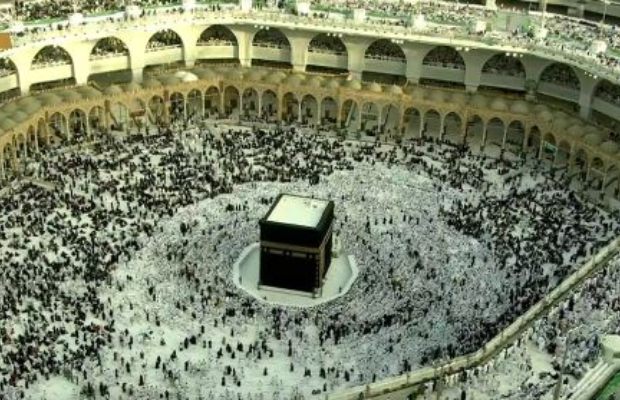 Eid prayers resume to full capacity in Masjid al-Haram for the first time since the pandemic.

The Ministry of Hajj and Umrah announced that worshipers who wish to perform the Eid Al-Fitr prayer at the Grand Mosque in Makkah and the Prophet’s Mosque in Madinah are not required to obtain a permit, except for the ones performing Umrah. The mataaf area of the Masjid al-Haram can accommodate one lakh, people, for eid prayers, while around 5 lakh people offer prayers outside the Grand Mosque.

It is reported that for the first time in two years, 19 million people worshiped in Ramadan.

This is the first time the Haram has been expanded since the two years of the Corona pandemic were severely restricted.

Eid al-Fitr prayers were offered early Monday all across Saudi Arabia, as well as in the Grand Mosque in Makkah.

Sheikh Humaid:“During the pandemic, tears were shed due to the absence of worshipers and the closure of mosques.pic.twitter.com/NjYkNYSYBJ

This was followed by a reception hosted by the Custodian of the Two Holy Mosques where he welcomed sheiks and officials offering their Eid greetings. tweet
Share on FacebookShare on TwitterShare on PinterestShare on Reddit
Saman SiddiquiMay 2, 2022
the authorSaman Siddiqui
Saman Siddiqui, A freelance journalist with a Master’s Degree in Mass Communication and MS in Peace and Conflict Studies. Associated with the media industry since 2006. Experience in various capacities including Program Host, Researcher, News Producer, Documentary Making, Voice Over, Content Writing Copy Editing, and Blogging, and currently associated with OyeYeah since 2018, working as an Editor.
All posts bySaman Siddiqui