“She was first shot and then slaughtered,” the investigating officer said. 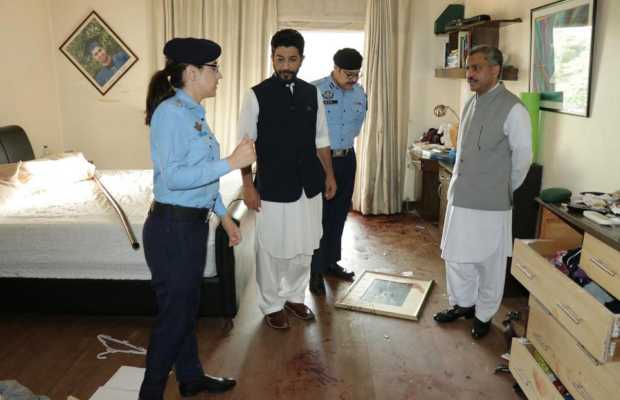 Ex-ambassador’s daughter was killed in Islamabad! The murder took place in the city’s upscale F-7 area.

Social media in Pakistan has been in an uproar for the past two days over the murder of the daughter of Pakistan’s former ambassador to South Korea and Kazakhstan.

Noor Mukadam, 27, daughter of Shaukat Mukadam, was found murdered at a residence in the capital’s upscale Sector F-7/4 on Tuesday.

According to the First Information Report (FIR), Noor was hit with a sharp object which led to her death.

“She was first shot and then slaughtered,” the investigating officer said. Another person was injured in the attack as well, as being reported.

Making progress in the murder case, Islamabad SSP Investigations said that they have arrested the accused soon after getting the information about the incident.

A friend of the victim, identified as Zahir Jaffer, was arrested over his alleged involvement in the murder. As per the police source, he is the son of “a leading businessman of the country”.

While addressing a press conference to address SSP (Investigation) Ataur Rehman was asked about the widely rumoured drug abuse history of the suspect, Zahir.

He said that the accused was not under the influence at the time of the arrest.

He may have had a past history of taking drugs but at least at this time he was completely in his senses.”

He emphasized that police were focusing on the suspect’s “mental frame of mind” and those initial findings indicated the suspect was completely aware of his actions when he allegedly committed the murder.

The senior police officer added that the suspect was tied with ropes by some people whom he had attacked after killing Noor before police arrived at the scene.

Police had initially said the victim was shot at before being “slaughtered”. Another person was also injured in the incident.

Meanwhile, the police have recorded the statement of the killer’s father and his two guards.

“Deeply saddened by the murder of the daughter of a senior colleague and former ambassador of Pakistan. Heartfelt condolences to the bereaved family and I hope the perpetrator of this heinous crime will be brought to justice,” the spokesperson wrote on Twitter, with a hashtag #JusticeForNoor.

Deeply saddened by the murder of the daughter of a senior colleague and former Ambassador of Pakistan. Heartfelt condolences to the bereaved family, and I hope the perpetrator of this heinous crime will be brought to justice.#JusticeForNoor

#Justice ForNoor and #ZahirJaffer are among the top trends on Pakistani social media:

The incident of a young woman's murder& desecration of her body in Islamabad is gruesome& shocking. The police & admin must ensure that no influence or excuse gets in way of investigation &the culprit #ZahirJaffer is not allowed to escape under any pretext. #JusticeforNoor

Young, promising Noor Mukadam brutally assassinated in F-7/4 Islamabad. Noor means light. That the light of her life and in lives of her family turned into darkness so abruptly so mercilessly is deeply saddening. May her soul rest in peace. Deepest condolences #JusticeForNoor

#JusticeForNoor Noor was shot at & then beheaded by a man.

When a misogynist PM says that rapes by non robotic men are a result of dresses women wear,these incidents are bound to increase. pic.twitter.com/oo7eMXLmFz

Totally at a loss of words. My Eid turned bleak due to the recent incident of bestiality in Islamabad.

May the parents of the unfortunate girl find solace. May Justice be rendered and the murderer #ZahirJaffer gets harshest of punishment.#JusticeForNoor #WomenProtectionBill pic.twitter.com/1I8xnifqdm

I am appalled to learn that this creepy beast #ZahirJaffer mother Asmat Jaffer is a therapist & this psycho #ZahirJaffer was also giving therapy to others.
Imagine a therapist who needed therapy himself.
He is a cold blooded murderer with a sick mind.
Imagine beheads her. Uff pic.twitter.com/6Jan4ngHYI

On this savage murder:
* Mental illness is an established condition, not an improvised excuse.
* Re: dual nationals, the crime happened here, and is subject to Pakistan's law.
* Powerful families play the long game – outrage must continue, and diyat laws reformed. #JusticeForNoor

We won't stop screaming justice till she and her family get it.#JusticeforNoor https://t.co/hLaVXOaoIk

Another day. Another woman brutally killed. Another hashtag. Another trauma. Another (likely) unsolved case. Another trigger. Another fear fest. Another rage roar. Another eid.

*Shocking information for sources*
Noor's headless naked body was found at this monsters place. The head was placed away from the assaulted body by this animal. It is reported that earlier he was deported from the UK on rape charges too. #JusticeForNoor pic.twitter.com/49EyXCjlPG

UPDATE from a close source in ISB: Zahir is currently in jail and is set to be presented before a magistrate tomorrow as murder is a non-bailable offence. His parents have also requested that he be locked up if he is found guilty of this heinous crime. #JusticeForNoor

tweet
Share on FacebookShare on TwitterShare on PinterestShare on Reddit
Saman SiddiquiJuly 22, 2021
the authorSaman Siddiqui
Saman Siddiqui, A freelance journalist with a Master’s Degree in Mass Communication and MS in Peace and Conflict Studies. Associated with the media industry since 2006. Experience in various capacities including Program Host, Researcher, News Producer, Documentary Making, Voice Over, Content Writing Copy Editing, and Blogging, and currently associated with OyeYeah since 2018, working as an Editor.
All posts bySaman Siddiqui