Is this the Naya Pakistan we voted for – where honest farmers are equalized with sin and alcohol dwellers? 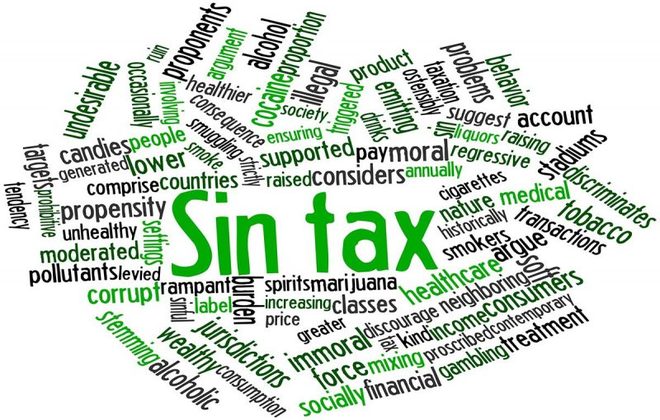 The Senior Vice President of Sarhad Chamber of Agriculture in KPK, Fazal Elahi Khan strongly condemned the announcement of imposing Sin Tax on tobacco by the Minister Health.

He was referring to the announcement made by Federal Minister for Health, who said that he will submit the bill for implementation of Sin Tax on tobacco and cigarettes in the parliament soon, and the tax collected will be spent on improvements in health-related sector.

“The term ‘Sin’ (Gunah) Tax is an insult to the honourable people of KPK province who have been cultivating tobacco crop since decades and it is a main source of our livelihood,” said Fazal Elahi.
He said that the Ministers are talking about Philippines where Sin Tax is imposed on alcohol and tobacco. “Is the Minister considering that the honourable farmers of KPK in the same bucket as alcohol peddlers? The same farmers who have supported Imran Khan and PTI for years will now be subject to such insults? Is this the Naya Pakistan we voted for – where honest farmers are equalized with sin and alcohol dwellers?” he asked.

He suggested that if Minister wants money he should collect it from smugglers in the country who steal billion in form of taxes. “Don’t look for the easy way out and over-tax the industry which is already heavily taxed instead the government should go after smugglers.”

“A new tax on tobacco after every two months is tantamount to killing the legal tobacco industry and shifting smokers to smuggled cigarettes. This will destroy the livelihood of my farmers,” he added.
He further added that, “We will never allow the government to deprive us of our livelihood and bring insult to honest god-fearing poor farmers. In a province which is devastated by extremism, such measures are bound to entice poor people joining the ranks of criminal organizations.”

“This is not the Naya Pakistan we yearned for. Any move of the government to snatch our livelihoods from us will be resisted by thousands of poor farmers across KPK province. I hope the Honourable Prime Minister will take notice of such ridiculous statements made by the Health Minister and I sincerely wish that better sense will prevail,” he concluded.