Fatema Sohail, ex-wife of actor Mohsin Abbas Haider has lodged a complaint with the Federal Investigation Agency (FIA), the agency’s Cybercrime Wing seeking to investigate into the matter of leaked viral video alleged of being her’s.

Actress Fatima also took to social media on Friday rubbishing the claims, terming the video inappropriate and fake. She also added that an investigation is being conducted that will expose the culprits soon.

She also shared a copy of FIA’s directive to Pakistan Telecommunications Authority to remove the circulating video, adding that she was disgusted that people could stoop down to such a level just to malign someone. 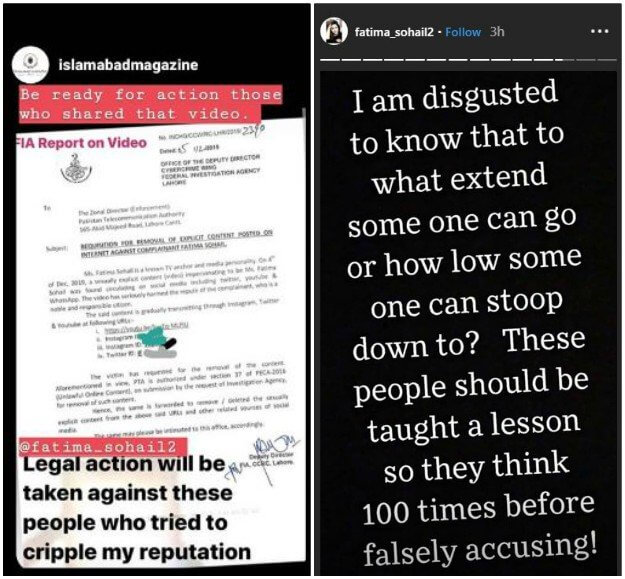 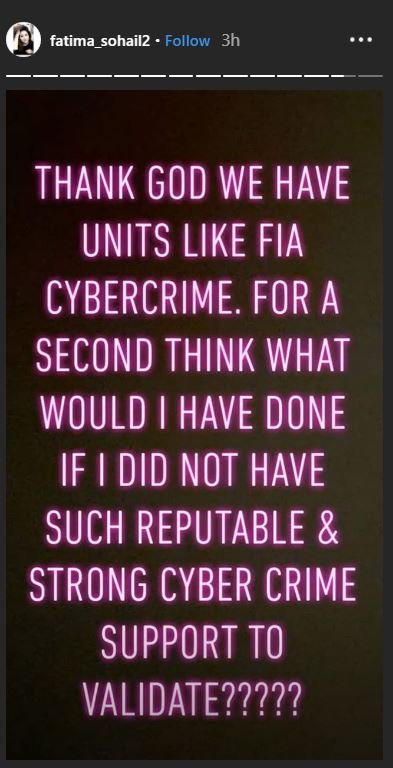 Upon the filing of the complaint, FIA has directed to take down the objectionable video from various social media platforms.

Here is the copy of FIA’s directive: 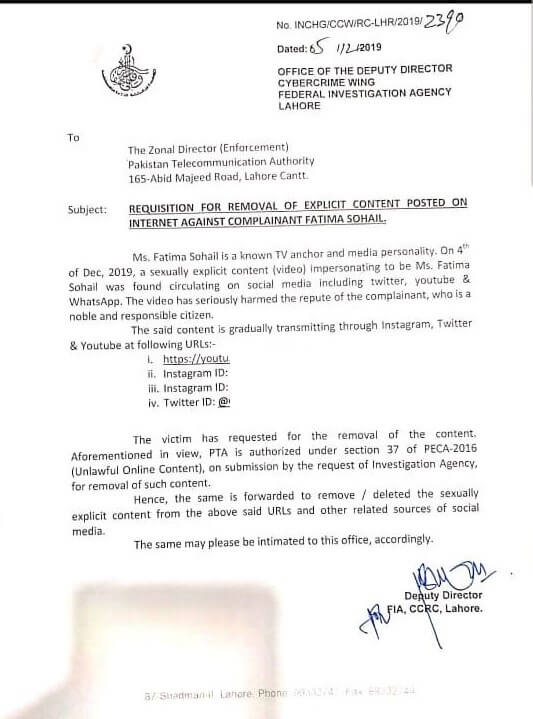