Awan, who was a special assistant to Punjab chief minister during the Usman Buzdar government, has not returned her offical passport 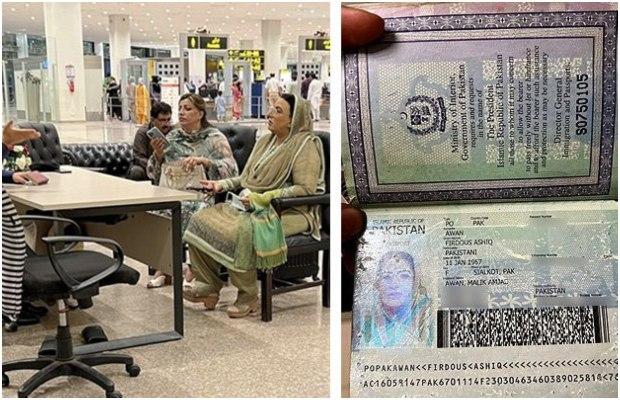 Firdous Ashiq Awan offloaded from a Dubai-bound flight, it emerges on Saturday!

As reported, Pakistan Tehreek-e-Insaf (PTI) leader Firdous Ashiq Awan on Saturday was barred from traveling to Dubai from Islamabad Airport for using her official passport.

Firdous Ashiq Awan was to travel to Dubai via flight EK-615.

She was told by the immigration officials that she can not travel on her passport.

According to the officials, Firdous Ashiq Awan received a visa on her blue passport while her visa was renewed on the green passport.

FIA officials said Firdous had not returned her official passport after leaving the government seat.

Awan, was a special assistant to Punjab chief minister during the Usman Buzdar government.

Furthermore, she had filed a complaint that she had lost her personal passport.

Only government employees and lawmakers are authorized to carry blue passports.

The official blue passport allows entry to some 70 countries around the world without the formality of a visa,