The decrease in petroleum prices has been recommended for 15 days. 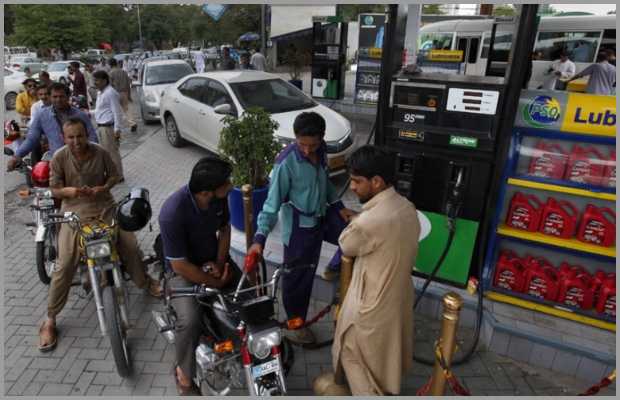 The government has announced new petrol prices for the remaining 15 days of the current month.

Federal Minister for Finance Hammad Azhar on Thursday informed that Prime Minister Imran Khan has approved a reduction in prices of petroleum products.

While Kerosene, after a reduction of Rs2.06 in its rates, will be sold at Rs80 per litre.

Furthermore, the Light Diesel Oil will be available at Rs77.65 per litre.

This follows the reduction in prices of Rs 1.55 for petrol and Rs 3 for diesel announced by the government on 1st April.

Here are the new prices of petroleum products:

It was earlier reported that the Oil and Gas Regulatory Authority (OGRA) recommended a Rs 2 decrease in the POL products.

The Petroleum Division authorities said that they have received a summary regarding a decrease in the POL products.

The summary has also recommended not to increase the petroleum levy. The decrease in petroleum prices has been recommended for 15 days.