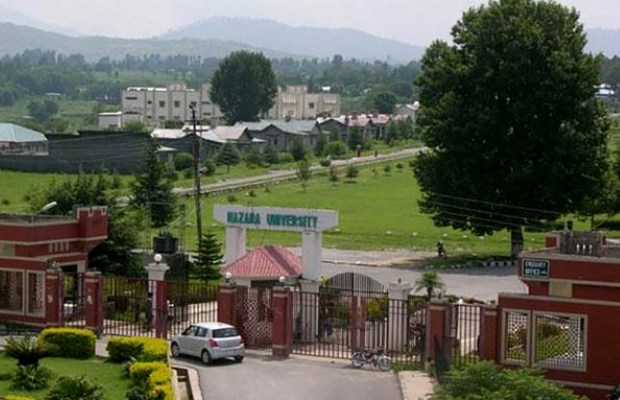 The official notification issued by the Hazara University administration in this regard restricts both female and male students from wearing certain attire as part of a new dress code policy.

According to a notification, the female students are barred from wearing jeans, tights, T-shirts, heavy makeup. Furthermore, carrying expensive handbags and wearing jewelry has also been banned.

While, the male students, teachers, and staff has been barred from wearing shorts, chappal, slippers, long hair, ponytail, earrings. 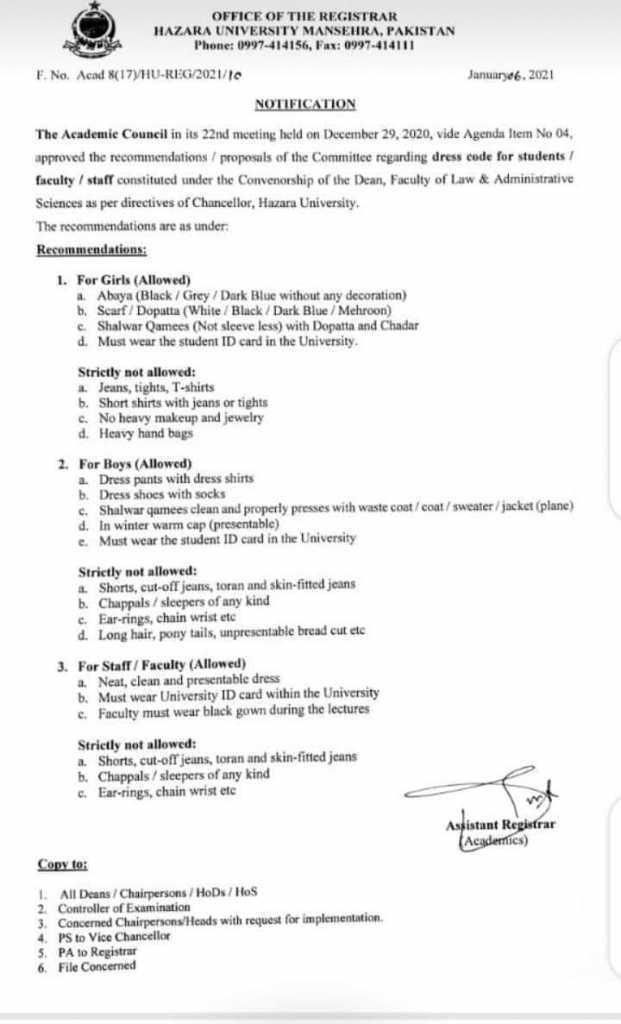 The spokesman for the KP government and advisor to CM on Information Kamran Bangash said that “This will end the dress competition between the students and teachers, helping the poor students and their parents. It will also help them focus on their studies.”

This is not the first time that @HU_Officials have come up with such a regulation. In past too they have been moral policing the students with ban on gender mixing and gatherings in a co-ed institute. Harrassment & blackmailing of students by proctors and faculty is nothing new.

Saw a random post of a guy on the page of IIUI saying "Alhamdullilah" on the decision of authorities of #HazaraUniversity that says not to wear jeans and makeup…Bro…!!! you need to stop. Why is your Iman so weak that you get triggered by seeing a girl wearing jeans and

Our university has also came up with a new colour "Mehroon" and we also have to find a "Waste coat" and "jacket plane" along with a presentable "bread cut" to be able to come to come to #HazaraUniversity! pic.twitter.com/QDawPPT2AZ