The attack on US Capitol last week resulted in five deaths and multiple injuries. 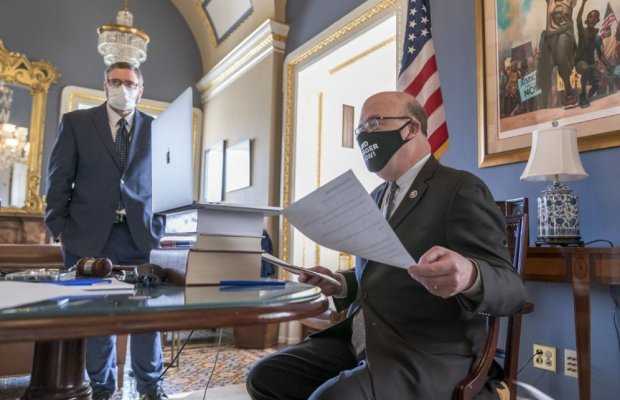 House on Wednesday prepares to impeach Trump for ‘incitement of insurrection’ over deadly Capitol siege.

The attack on the US Capitol last week resulted in five deaths and multiple injuries and forced lawmakers into hiding and the certification of the 2020 election was brought to a halt.

As being reported, the House of Representatives moved to impeach President Donald Trump on Wednesday for inciting an insurrection, finding that he poses a threat to democracy and the Constitution.

Earlier on Tuesday, The House passed a resolution calling on Vice President Pence to invoke the 25th Amendment and remove the president from office.

The resolution said that if Pence did not act within 24 hours, the House would move forward with impeachment.

The House of Representatives is considering one article of impeachment against Trump — inciting an insurrection.

As being reported, the four-page impeachment resolution relies on Trump’s own incendiary rhetoric and the falsehoods he spread about Biden’s election victory, including at a White House rally on the day of the January 6 attack on the Capitol, in building its case for high crimes and misdemeanors as demanded in the Constitution.

If this happens so, President Donald Trump could become the first-ever president in U.S. history to be impeached twice during his time in office.