I am also a cricketer myself, Firdous Ashiq Awan

"Until India frees the people of occupied Kashmir, any matches between the countries will only pour salt on the wounds of the Kashmiris," she said.I 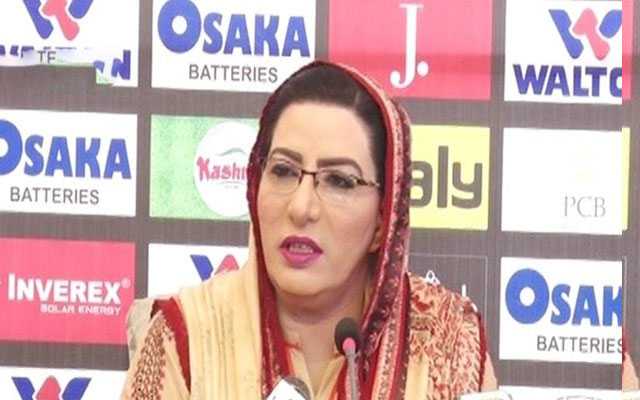 Special Assistant to Prime Minister on Information and Broadcasting Dr. Firdous Ashiq Awan on Sunday said the cricket match with India won’t be played until “India liberates the people of occupied Kashmir”.

On the second day of the first Test match between Pakistan and Bangladesh at the Rawalpindi Stadium, Awan, while talking to media, said that the neighbouring country has shaped many major obstacles in our way and sponsored false propaganda against Pakistan to stop international cricket here.

“Until India frees the people of occupied Kashmir, any matches between the countries will only pour salt on the wounds of the Kashmiris,” she said.

She also lauded Bangladesh authorities for sending their team to Pakistan despite their initial reservations.

“They honoured their commitment, and by sending their team, have supported us in reviving international cricket in the country. Together we have demonstrated to the world that we are a peaceful country,” she said.

Firdous Ashiq Awan, during the talk said, “I am also a cricketer myself “, adding that “If I wasn’t a politician, I would have been the national women’s cricket team coach”.