Imran Khan likely to be arrested from Bani Gala 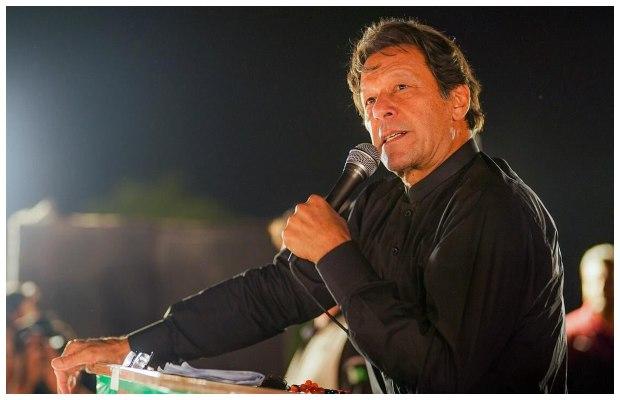 Imran Khan is likely to be arrested from Bani Gala, it emerges on Sunday night.

The development comes after a first information report (FIR) was registered against PTI Chairman and former prime minister Imran Khan under the Anti-Terrorism Act for threatening an additional sessions judge and senior police officers of the Islamabad Police at a rally in the federal capital’s F-9 Park.

According to sources, an additional police force has been deployed outside the residence of Imran Khan in Bani Gala, in Islamabad.

Sources say that the road leading to Imran Khan’s residence was closed for unrelated people and only people close to Imran Khan and residents of the area are allowed to enter.

The additional police force and FC personnel are also present at the spot while PTI workers have also gathered at the same square.

On the other hand, senior anchor Shahzad Iqbal broke the news on Geo News saying that Federal Interior Minister Rana Sanaullah has said that he wants to arrest Imran Khan.

An FIR was registered against Imran Khan on the complaint of Magistrate Ali Javed in Islamabad’s Margalla Police Station under Section 7 of ATA.

The FIR states that the PTI chairman threatened Additional Sessions Judge Zeba Chaudhry and police officers at a rally in F-9 Park to “terrorize” police officials and the judiciary.

The main aim of the intimidation was to prevent the police officers and judiciary from carrying out their legal obligations, says the FIR.